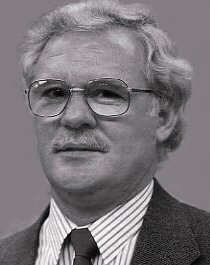 Former Vice President Colin Robinson () was swept into office of National President by a massive majority over two rival candidates.

His success marks the culmination of a steady rise through the ranks of COHSE’s lay officer position with 14 years experience as a member of the COHSE National Executive and five years as Vice President (1982-1987).

Speaking after his election, he told conference: I don’t think I have been as excited since I got married. I hope it lasts as long.

And he told delegates how he saw the job: “Presidents do not and should not decide the tactics and policies of unions. If our President has a role it is as Chairman of the COHSE National Executive Committee and conference, and to act as guardian “ he said. He went on “The style of the Presidency I will change, but the rules and constitution. The order of our union will not be changed and manipulated unless by the democratic voice of this conference”

Colin held the post until the formation of UNISON in 1993