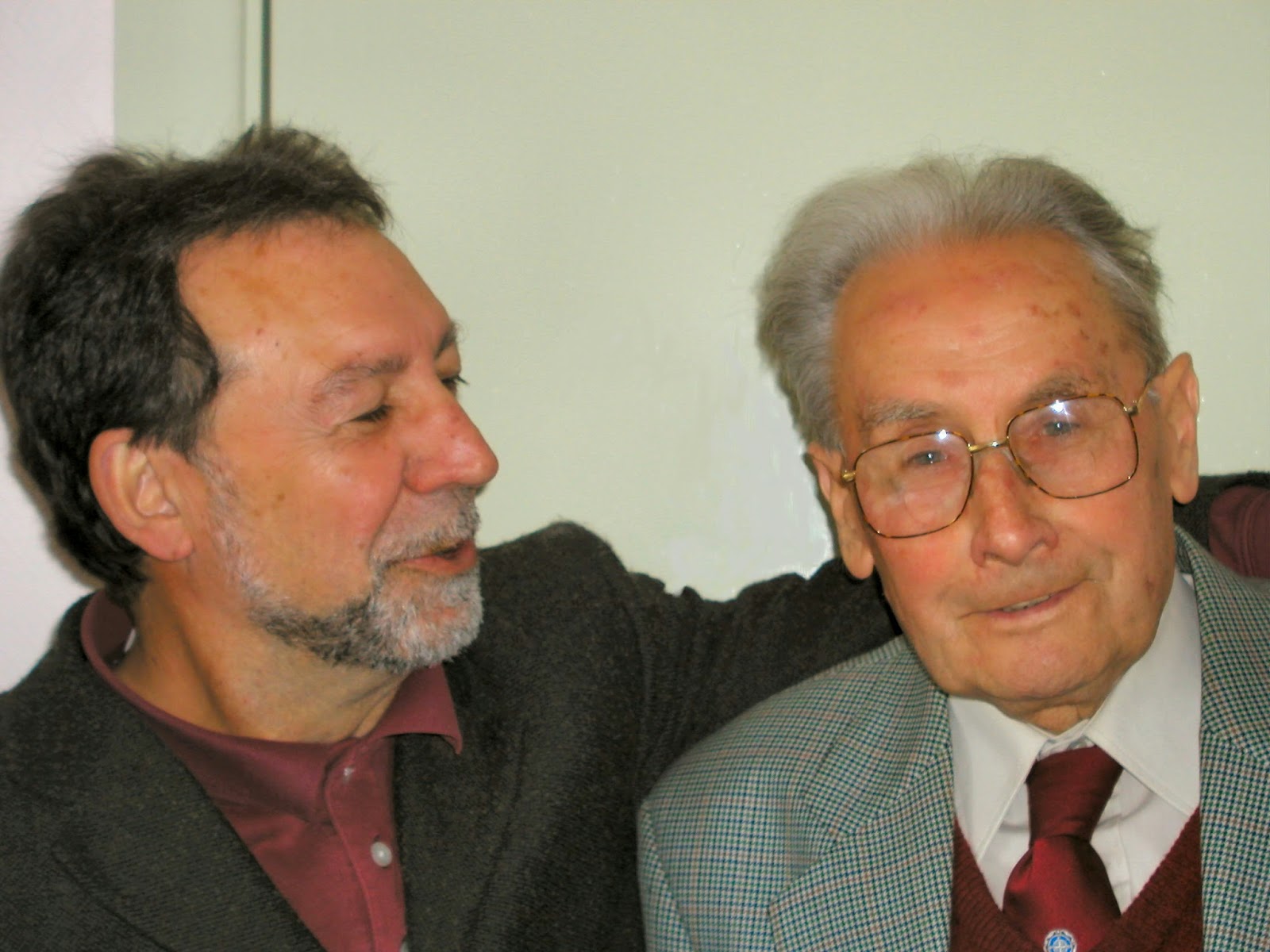 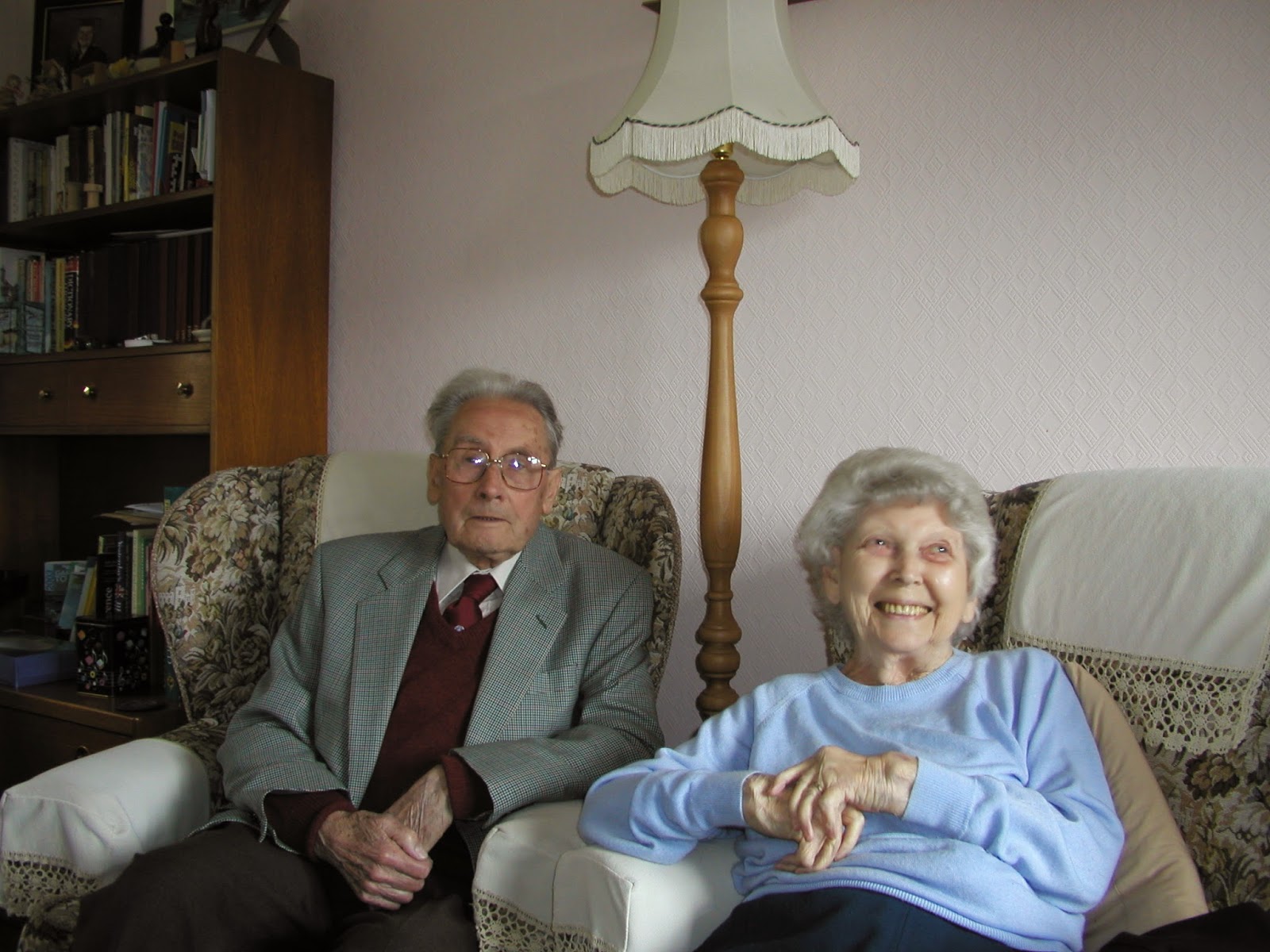 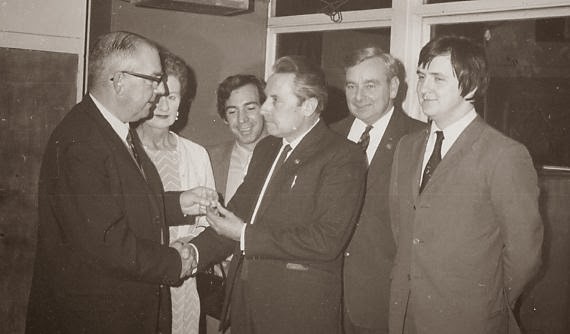 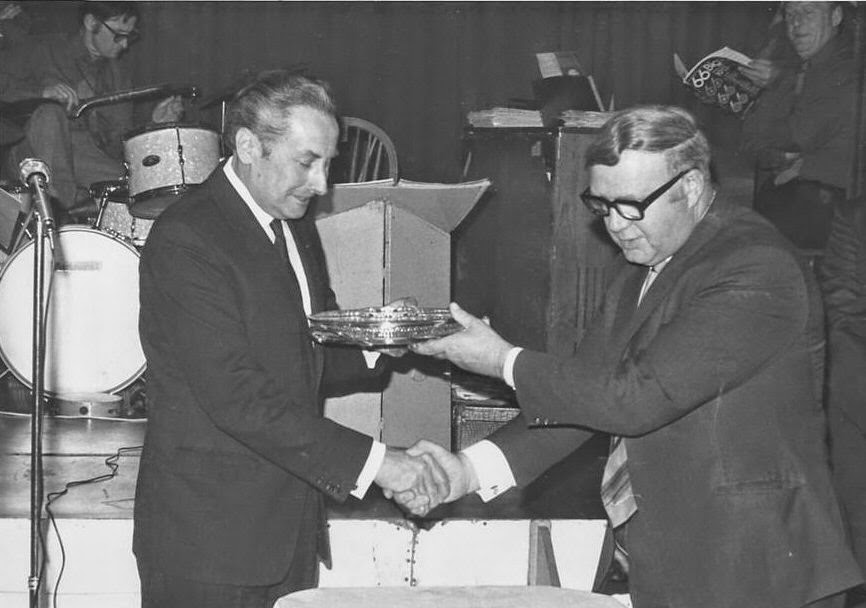 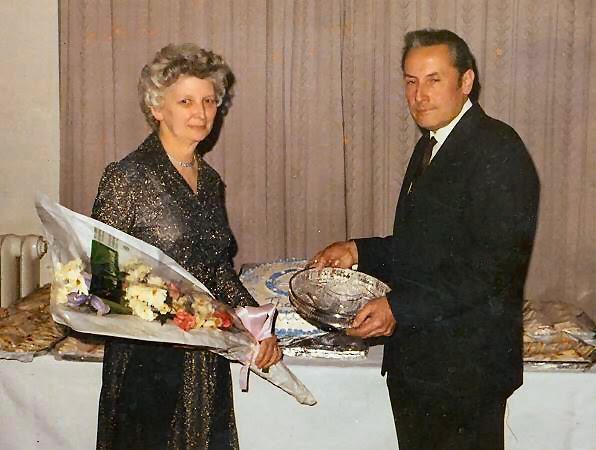 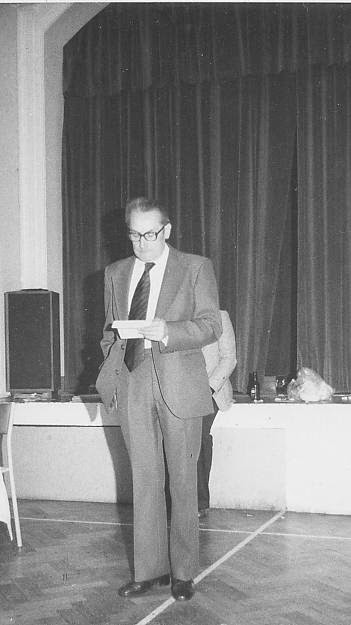 Les Bennett a passionate supporter of "progress" and "justice" for mankind has passed away on the 6th April 2014 aged 94, he was born 20th March 1920 at Nursecombe near Bramley,

Les who as Branch Secretary of COHSE the health care union from 1948 was the driving force behind the union organising of health workers in the Godalming and Guildford area from the 1940's onwards. He was also a vociferous and passionate supporter of the National Health Service.

Under Les guidance the COHSE health union branch developed from a group of 10 hospital workers, to scared to make their union membership known, to a thriving union branch of over 1,000, a majority of whom were nurses.

Les Bennett was also a Hascombe Parish Council from 1953 for over fifty year, serving many years as Chairman.

He was also a regular parishioner at Hascombe village church and life long labour party member.

Les was born the son of a Kent horticulturalist, after he left Bramley CofE school he started work aged 14 in a garden nursery, due  a motor car accident in which he received a fractured skull he was denied an opportunity to serve in the Royal Army Medical Corps during WW2, despite having being a member of the Red Cross at Shalford from 1938.
He then undertook various jobs in the building trade, it is hear that he received his education on the importance of trade unionism. He lost his job when the foremans son needed a job

In July 1941 as a Bath attendant at the newly relocated St Thomas Hospital, London, which had transferred patients to large mansion house in Milford due to the blitz in Easter of 1941.
The first thing the head porter told him was not to join a union, but that's exactly what Les and a few brave individuals did, meeting secretly at the Alton Ale House.

Les was elected as Branch secretary when many of the original founders of the branch moved back to London at the end of the War, taking a trade union postal course to acquire the skills needed to represent his members.

Les Bennett held the position of Branch Secretary from October 1948 until 1977.
One of Les Bennetts first actions as branch secretary was to write a letter to the COHSE journal exposing the scandal of local student nurses forced due to lack of income to pick onions on local farms to subsidies their meager earnings and to pay for rail tickets home

He was elected to the local Hascombe Parish Council in 1953 having beaten Major Goodman the local squire, a victor that caused him to be victimised but not by the electors who returned him for the next 50 years, many as Chairman
Les a quietly spoken man, brimming with inner confidence and a passion for justice, he was a devoted family man committed to caring for his wife Audrey especially during a long period of ill health towards the end of her life, and despite his many commitments to their children Valerie and twins Hazel, Lesley and Mary. He encouraged many young hospital workers to become active in  health care trade unionism, including Carles Martinez who was to succeed him as Branch secretary in 1977 and held the branch secretary position until 2007

Les Bennett ended his career as the much respected head porter at the hospital and was loved by his members who respected his tireless efforts on their behalf, he could also take pride in later years that as a result of his efforts, COHSE union membership at St Thomas Hospital, Milford Chest Hospital, King George V Sanatorium was close to 100%.
His legacy and battles for justice will live on and those who were fortunate enough to have known him will pay respect now and long into the future 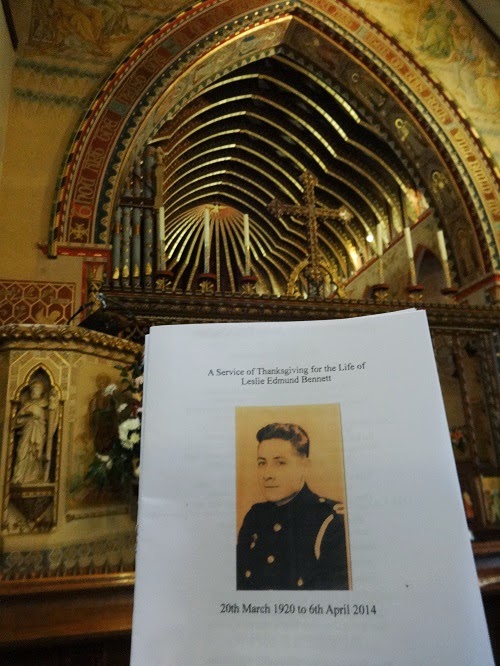 Les Bennett with Carles Martinez, who took over as Branch Secretary in 1977

and Les wife Audrey (his not in the picture were children children were Valerie, Hazel and Lesley) 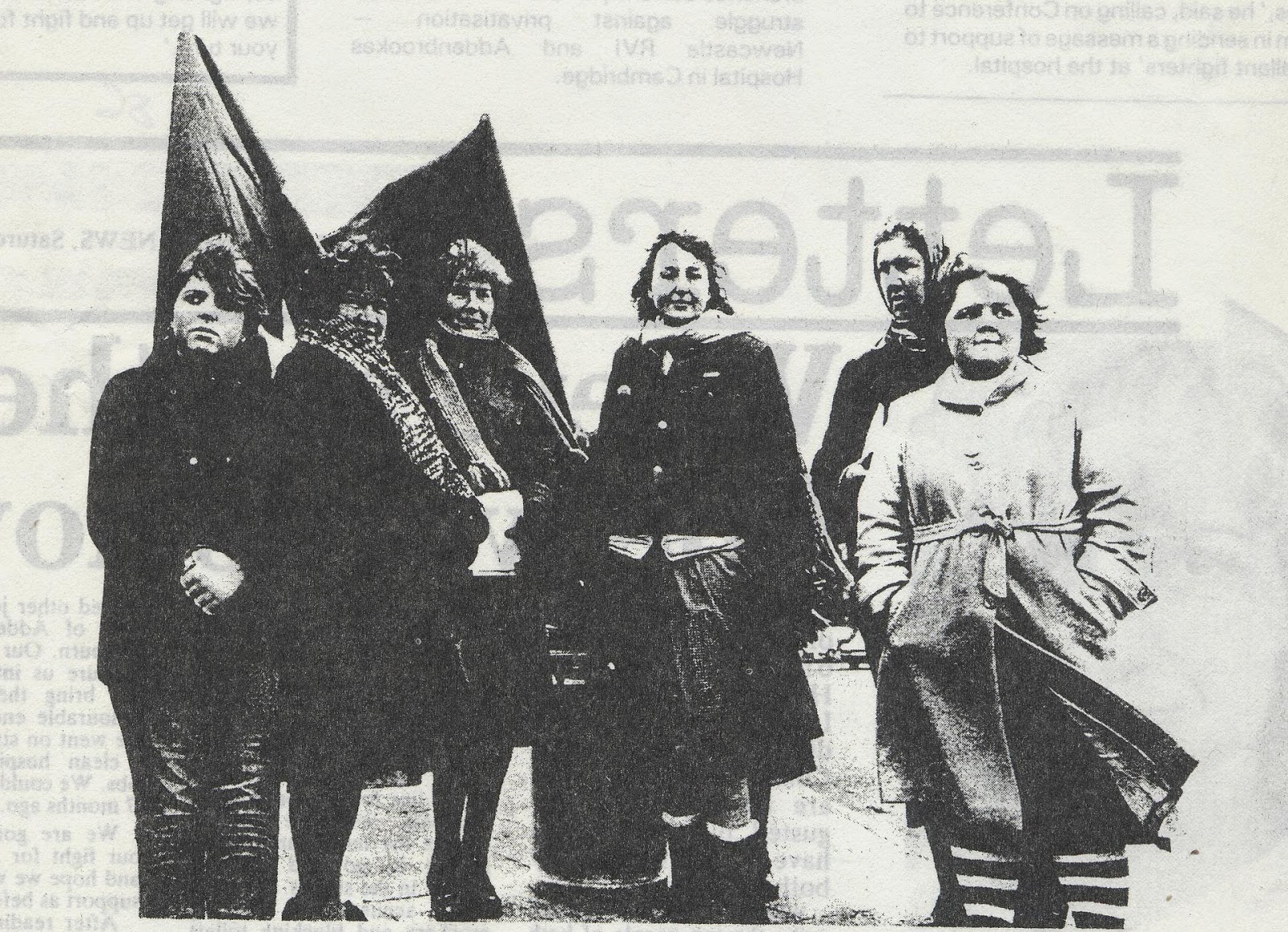 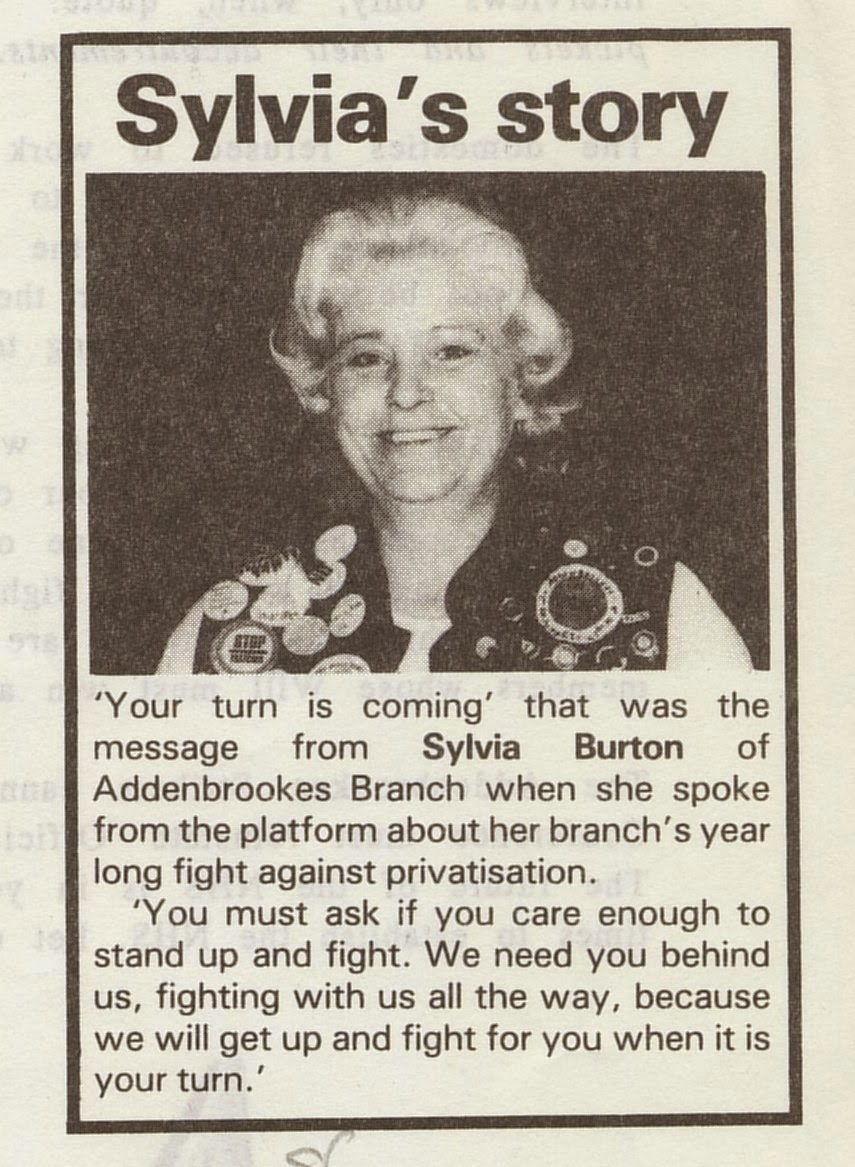 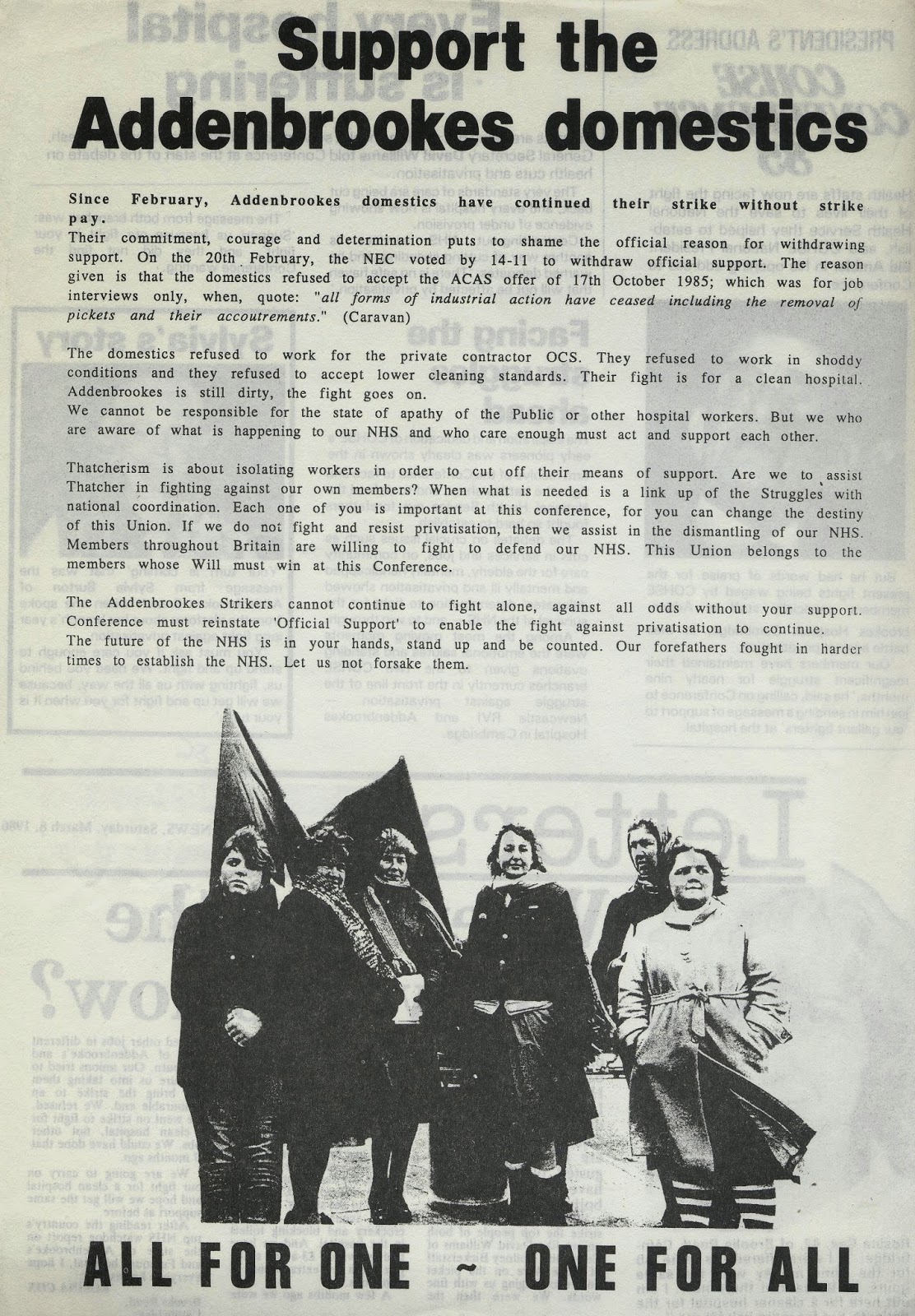 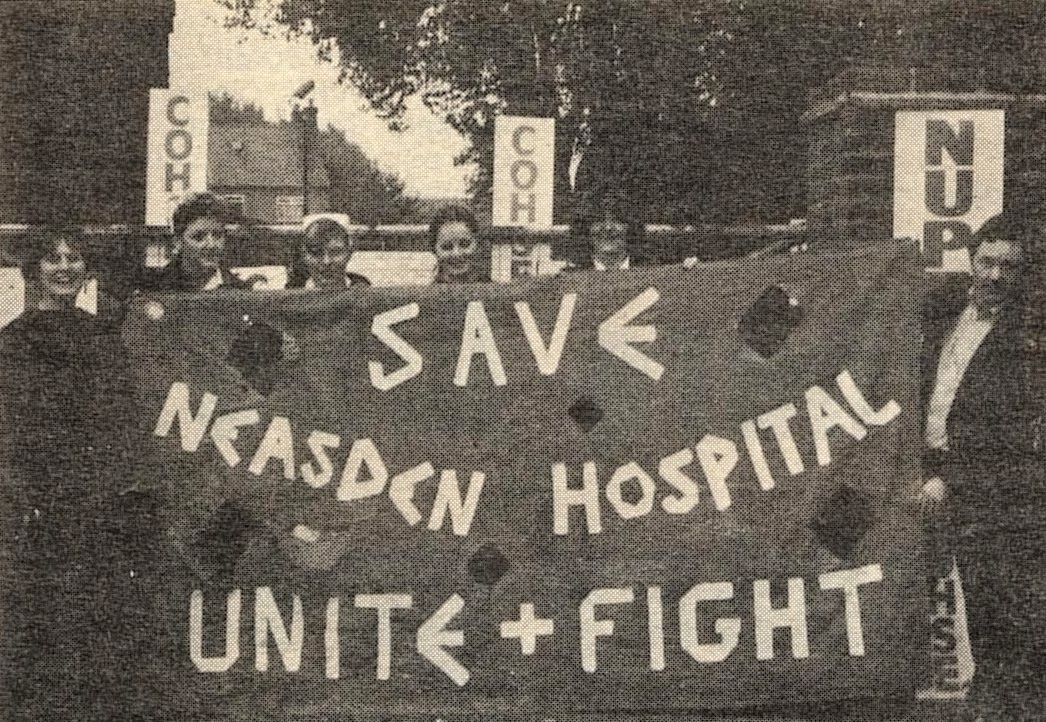 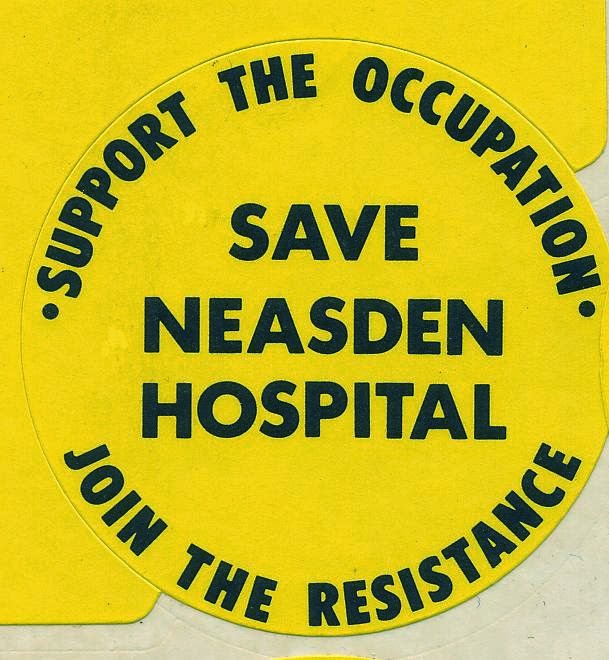 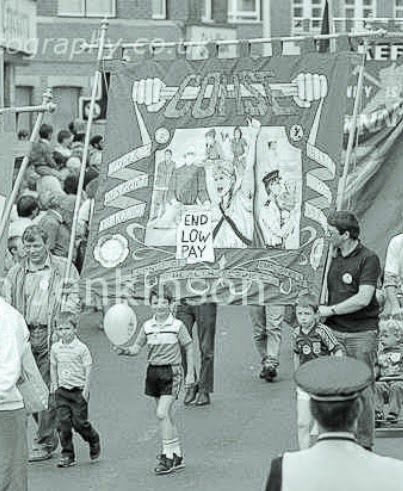 How Many Londoners are Dying for one of These? - NHS Bed - Billboard 1996 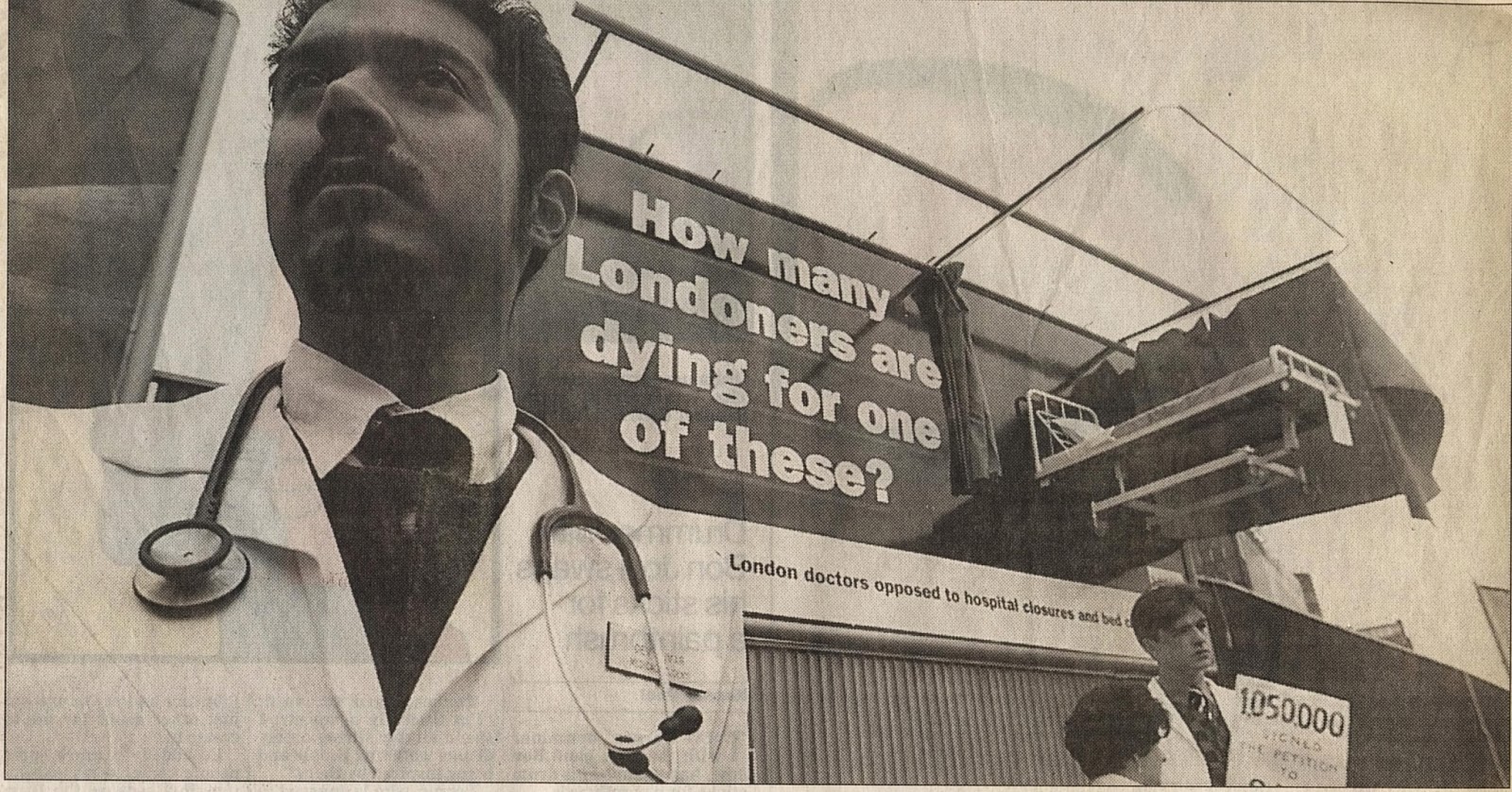 How Many Londoners are Dying for one of these? NHS Bed billboard 1996
UNISON, NHS Consultants Assoc and NHS Support Federation
Posted by Michael Walker at Sunday, April 06, 2014 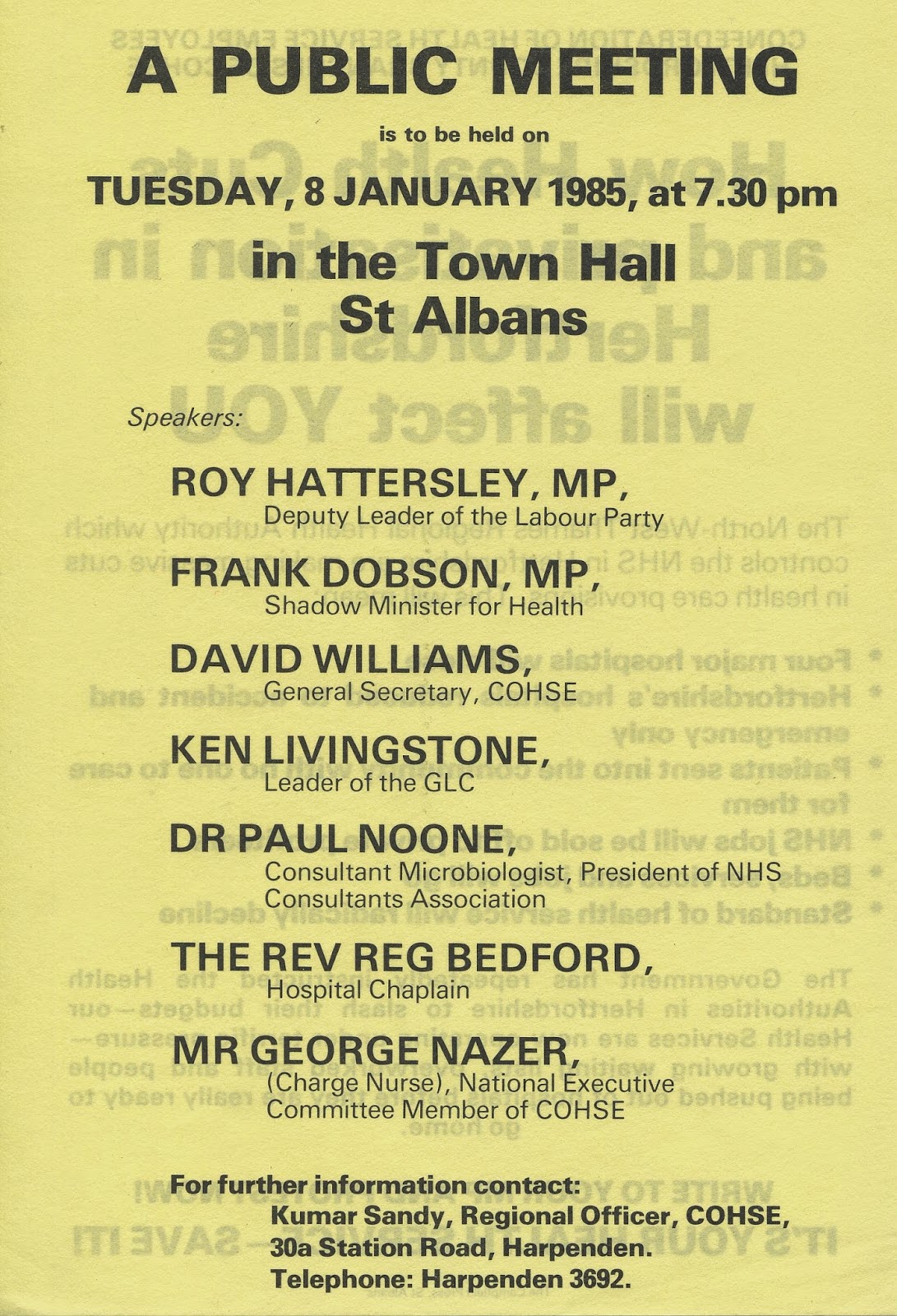 Also include a miners speaker

Huge attendance and excellent speeches, notably from Paul Noone President of the Consultants Association 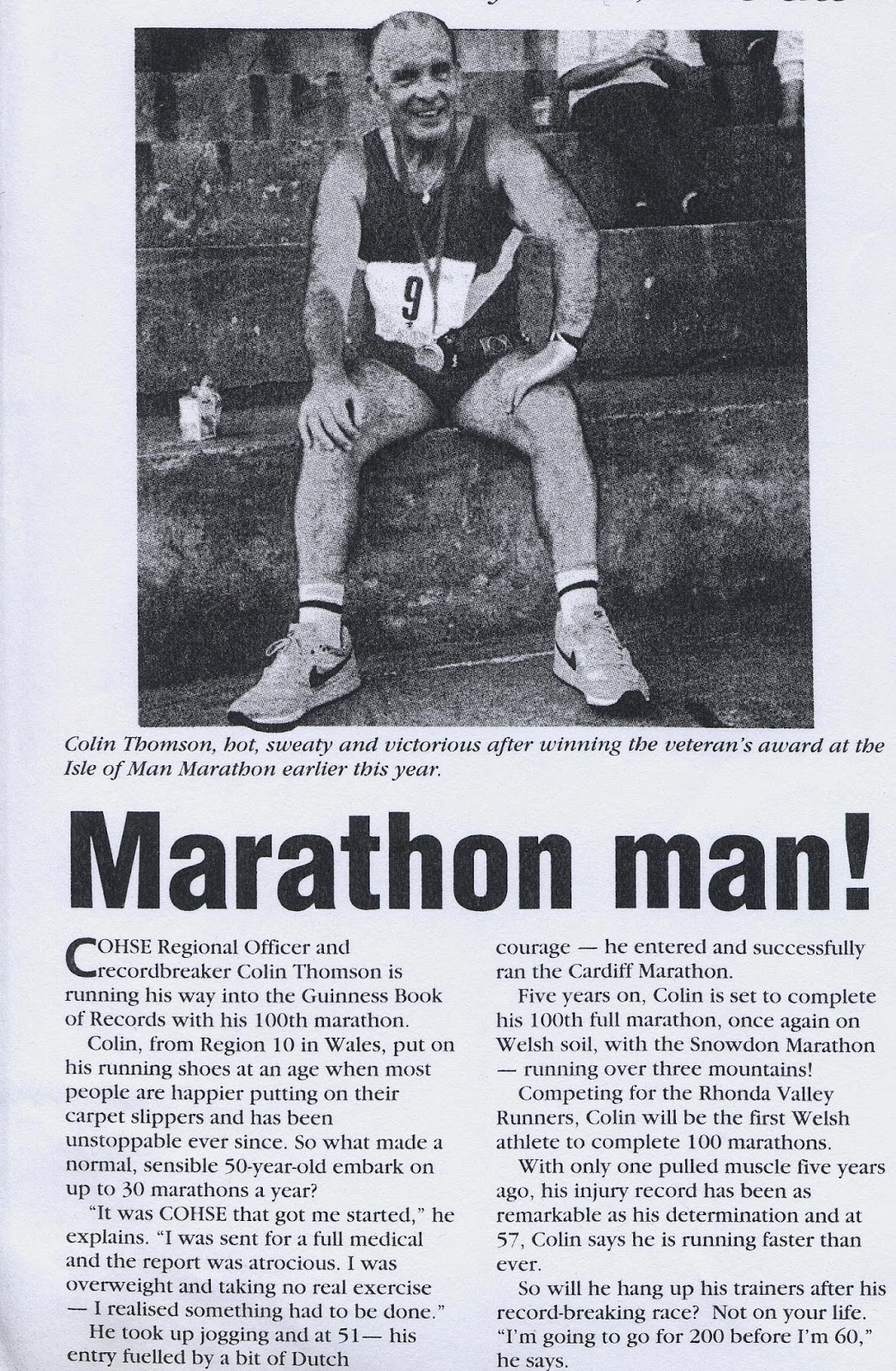 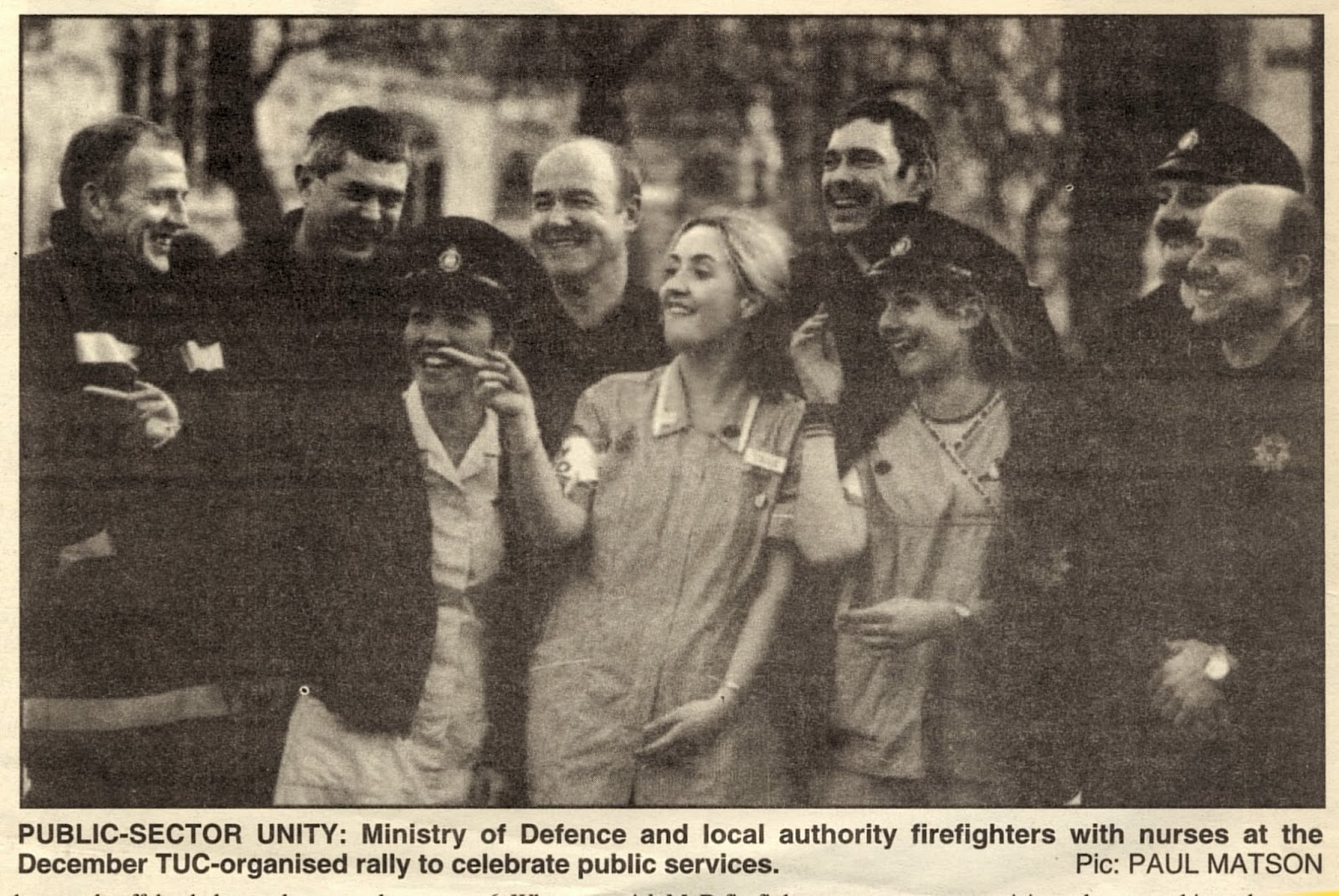 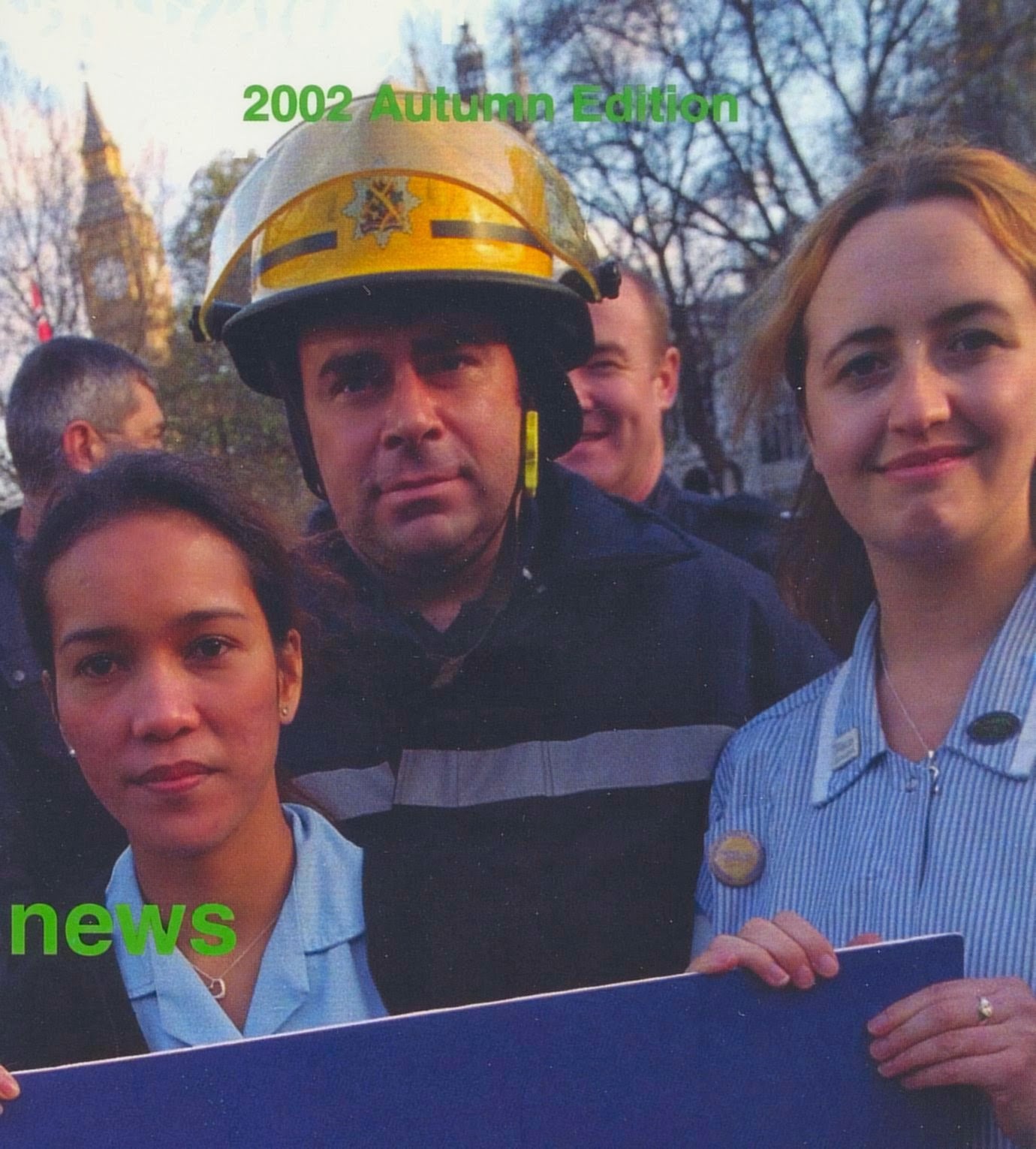 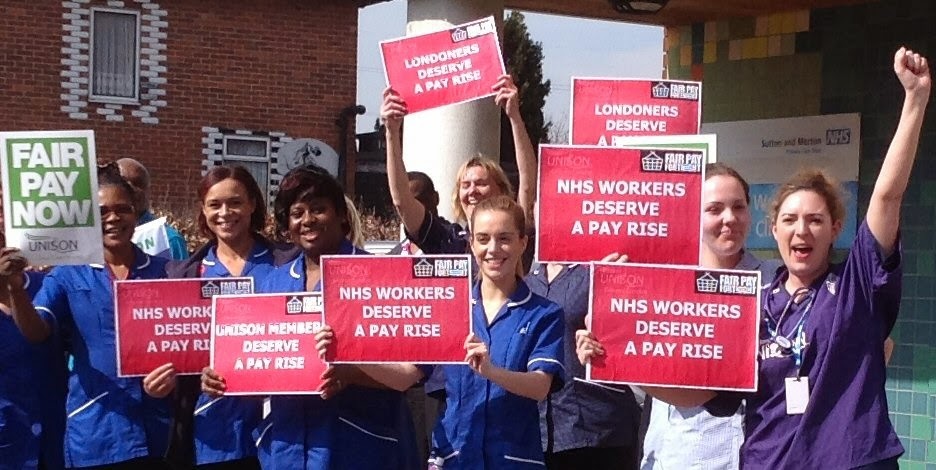 UNISON London nurses protest at the Coalition Governments decision to veto the Independent Pay Review Body recommendations and stop pay rises to 70% of London nurses for the next two years, despite massive nursing shortages in London and huge pay rises for MP's.