Telegraph - Outdated dogma will not get us out of this mess

TELEGRAPH & TORIES
"OUTDATED DOGMA"
Today's Sunday Telegraph (26th April 2009) Editorial today states that "Outdated dogma will not get us out of this mess".

but of course............the Sunday Telegraph was complaining that the rich might have to pay more for THEIR FINANCIAL CRISIS

Something about millionaire Tory bankers telling nurses that we have to make more sacrifices because of their crisis
Posted by Michael Walker at Sunday, April 26, 2009

Jack Jones You are History - You are Legend 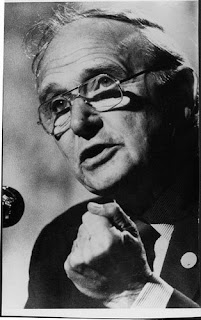 A Great Man - A Great Life

"They went because their open eyes
could see no other way"

You are History - You are Legend
Posted by Michael Walker at Wednesday, April 22, 2009