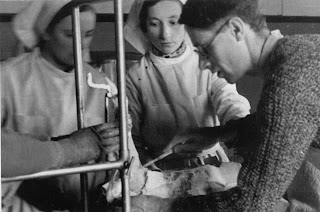 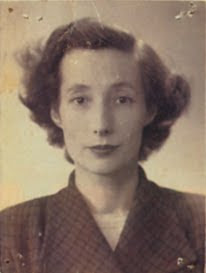 Thora Silverthorne was born in Abertillery on the 25th November 1910. She was the daughter of George Richard Silverthorne, a miner at the Vivian & Six Bells Pit and Sarah Boyt of Bargoed. Her early years were spent at 170 Alma Street, Abertillery, she secured a scholarship to Nataglo County School (Hafod) and attended the local Baptist church run by Pastor Rev Ivor Evans. She joined the Young Communist League at 16 and, when she was old enough, the Abertillery Communist Party. Her father was a founder member of the local Communist Party and active in the miners union. Thora chaired meetings with prominent speakers such as Arthur Horner, the miners’ leader. "Everyone in Abertillery talked politics," she was to say of these times.

With her mother’s early death, as one of seven children, she was forced to leave Abertillery for England. Initially she worked as a nanny for the local Labour MP, but also fitted in selling the Daily Worker to the local railwaymen.

At the outbreak of the Spanish Civil War she volunteered to nurse, and was "elected" Matron at Granen hospital, caring for many anti-fascist German soldiers in the Thaelmann Centuria. The International Brigader, Michael Livesey, died in her - arms a memory she never forgot. Later, she was herself drafted into the International Brigade.

On her return she married Dr Kenneth Sinclair-Loutit, who she had met in Spain, where he was the medical unit's administrator They lived at 12 Great Ormond Street. Loutit was elected as a “unity front” Councillor prior to the War for Holborn, London. Her involvement as sub editor of Nursing Illustrated led her to establish a nurses union (The National Nurses Association). This was a consciously progressive union for nurses in direct competition with the reactionary (Royal) College of Nursing. The RCN and hospital managers attacked her as “not being a registered nurse” or “paid by Moscow”, during the late 1930s. With the help of Communist Party nurses such as Nancy Blackburn (Zinkin), the Association ran a very high profile campaign to highlight the poor pay and conditions of nurses. The Association latter amalgamated with NUPE. Bryn Roberts, the General Secretary of that union was a native of Abertillery and a man whom Thora admired.

After the war she became a union official in the Civil Service Association. As Secretary of the Socialist Medical Association, she met Attlee and other Ministers to discuss the establishment of the NHS in 1948. She married Nares Craig (a relative of Lord Craigavon)  a member of the CP’s architect group (also Cambridge night climber) and retired to Llanfyllin, Powys, North Wales for 25 years. Clive Jenkins and Frank Cousins were regular visitors there. Thora returned to London, to be close to her daughter Lucy Craig/Best (a Haringey Labour Councillor), a few years before her death on 17th January 1999.

The funeral service at Marylebone cemetery on 25th January heard `the Valley of Jarama’, `The Internationale’, Cwm Rhondda and a recording of the Welsh hymn “Land of my fathers” by Paul Robeson 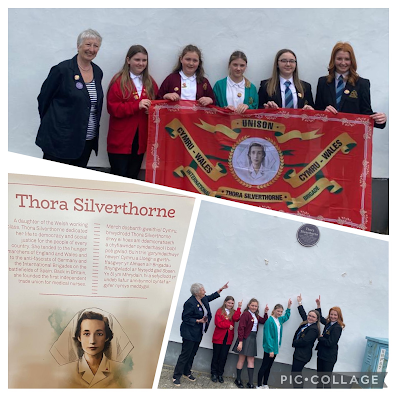 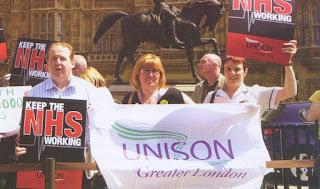 UNISON Keep our NHS Working and NHS Together Lobby of Parliament Summer 2006.

A Tribute to Lesley Kumarasamy,

It is with deep sorrow and sadness that we have to say goodbye to a very special person who lost her life suddenly with cancer and died at Kingston hospital on Saturday 6th January 2007. The funeral was at Kingston Vale on Saturday 13th January where many tributes were made to her life. She leaves her husband, Kumar, two daughters Eleanor who is married to Dan, and Erin. She also leaves her mother, Alison who is in her eighties. Hundreds of mourners attended to pay their respects to a kind, caring and exceptional lady.

She joined Kingston PCT on 24th September 1973 and had worked there for an amazing 33 years. She started as an Occupational Therapy (OT) assistant in the Day Hospital for Older People, running therapeutic groups such as reminiscence, cookery, arts and crafts and, yes, a bit of basket weaving! Following further training Lesley continued her work as an OT Technical Instructor on the in-patient rehabilitation wards. She really enjoyed her work with older people and always promoted the value of OT. She also valued her friends and colleagues very highly and enjoyed being part of the OT and Ward Team.

Lesley is remembered in her superb OT uniform of green trousers, white tunic and “dangly earrings”…

Lesley was extremely hard-working and recently represented OT as the union steward for Unison where she met many new friends including Desiree Clark who recalls the day they went to the Unison AGM at Tolworth hospital five years ago to find out who their local rep was only to be told “there isn’t one so maybe you would both like to join”. That was the moment when a great friendship and bond began including signing up new members, giving advice and support to members, representing staff side at meetings, rallying in Brighton and Parliament against the recent NHS cuts, talks with the local MP, Edward Davey, about the changes happening across the PCT and local community. Lesley also became her branch chair. She showed great enthusiasm, dedication and care in her work - above and beyond the call of duty.

Over the years she touched so many people’s lives and she was always smiling and never grumbled. She was a wonderful person who was generous and kind, but above all “genuine”.

Everyone will miss her dearly and she will be forever in our thoughts……. 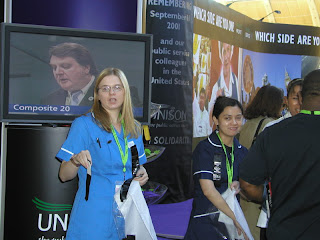 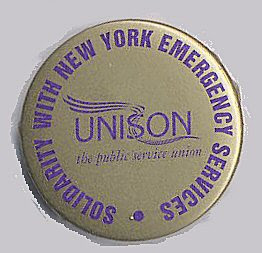