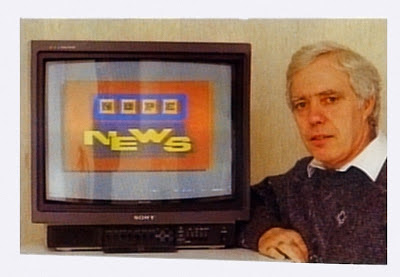 Trade unions are increasingly thinking seriously about the use of video to get their messages across to their members, potential members and to the public.

Both NUPE and NALGO now have experience of production and a range of applications.

NALGO, I understand, has so far limited itself mainly to top-quality production working out at about £1,000 a minute, but of late it has also produced a couple of 'cheap and cheerful' videos for short-life use.

Like other unions NALGO has been particularly concerned about the difficult problem of getting branches to use the videos that are available.

In 1984 NUPE took its video-production programme a stage farther by establishing an 'in-house' facility, and at the same time was able to tackle the problem of distribution and use.

It was evident to us that, at costs ranging from £15,000 to £50,000 from specialist producers, few unions could afford to produce many videos. And if few were produced, it would be impossible to build a video 'culture' within the union.

To build that culture we needed to create an expectancy in our members, by regularly delivering videos on a range of subjects and issues. That, in turn,  would encourage the organisation of opportunities to use the tapes.

The 'in-house' facility comprises a small studio equipped to film, edit and copy tapes. Each of our 11 NUPE divisions was also supplied with video-cassette  recorders and television monitors to encourage and  facilitate the viewing of tapes.

The overall cost of all this was around the price of two middle-of-the-range commercially produced tapes,  and it has already paid for itself through the videos we have made and other uses to which the equipment has been put.

Apart from reducing the production cost, our own facilities have given us the benefits of flexibility and  immediacy of production. The tapes we have produced so far include productions on women in the union and on combating racism, campaigning tapes on key issues such as the health service and the political fund ballot, and information tapes on changes in local government manual pay.

Whenever we produce a tape, we issue discussion notes or work-books, so that the tapes are used  actively and collectively and not viewed individually and passively.

We use close-circuit television at our national conference and video-record the proceedings. That  not only provides a complete record; it also enables us to create edited compilations for use on courses,showing potential and new delegates how conference  works and encouraging them to participate in debates.

A video library has been set up at Head Office, with over 300 titles available on free loan to branches, with a catalogue and a leaflet to branches keeping  members aware of what's available. A viewer's record  card is sent out with every tape borrowed, and from this  we can monitor the use and value of the tapes.

Now we are developing a programme of media training for key members and officers of the union.

We are hoping also to produce a quarterly 'NUPE.News' video, about 15-20 minutes long, dealing with the 'topics of the day'. It would have a national flavour, but include a regional slot for presenting a key development or dispute.

The material gathered for the news video could also be used in other videos used for campaigning  purposes.

Individual items could provide the basis for 5-to-10-minute campaign or information tapes.  For example, the footage shot for a 3-minute item on water privatisation in the news tape could be used for a range of tapes on specific issues - for anglers, conservationists and consumer groups, as well as for members. In this way we can make interesting, thematic and continuous use of material instead of confining ourselves to the occasional tape on a specific issue in isolation from other developments.

I would go farther and argue that the trade union movement needs to-be even more adventurous and take advantage, through video, of developments in satellite and cable TV.   But that must be the subject of a separate article.

Hector MacKenzie on the new union 1991

Hector Mackenzie COHSE
December 1991
Changes in health care and in COHSE itself have made it a very different union to the one it once was, says general secretary Hector MacKenzie, who sees the creation of a new union with NUPE and NALGO as the next stage in that development.

From a fairly small organisation concentrated in the 'Cinderella' psychiatric and mental handicap hospitals, COHSE has grown to encompass people working throughout the health care sector.

At the same time, it has become more political, more conscious of the need to reflect the concerns of its over-whelmingly female membership and more anxious to ensure that services are targeted at every union member.

With a sound financial base, the ability to speak directly to members and activists and an enviable range of industrial, professional and political services, COHSE has become an organisation capable of taking proactive decisions, anticipating and shaping developments instead of simply reacting.

It is that ability which led COHSE this year to enter talks
with NUPE and NALGO on the creation of a new public services union.

Over the next few years, the arena in which we organise will change out of all recognition. The shift from hospital to community care is already breaking up the large institutions. Divisions between the NHS, social services, the voluntary and the private sectors are blurring.

National pay bargaining is gradually being devolved. And the demands placed on unions by a changing workforce are shifting in emphasis as large numbers of women re-enter the workforce and part-time jobs increase.

All of this demands an imaginative response. We need a new union capable of encompassing all those working in the public services and of responding to their disparate needs, quickly, efficiently and without bureaucratic delay.

We envisage a union in which the basic local building block, the branch, can be tailored to meet the specific needs of a workplace as small as a group home and as large as a district general hospital.

This means abandoning some of our 'hallowed' institutions, such as the compulsory monthly branch meeting,in favour of a less formal organisation which-recognises that diversity of needs and revolves around a workplace 'patch' with union representatives responsible to the branch for their own patch.


We see regions developing a new facilitating role as
both a resource and an administrative centre, but making sure there is no bureaucratic block in the union decision-making structure.

There should be a national tier of perhaps four key
groups, of which health and personal social services
would be one, with their own autonomous policy-making powers and the ability to direct their own finances. There should be professional advisory panels and consultative conferences for groups such as nurses, ambulance personnel and social workers, and new ways of developing policies through working parties and even ballots.

We also want to see a top tier encompassing all mem-
bers and providing central services, holding the membership register and with overall responsibility for the finances and resources of the union.

Having seen other unions grow large and get things wrong, we should learn from their mistakes. We mustavoid an overwhelming bureaucracy in which no decisions can ever be made and initiative is stifled. We must avoid competing power blocks in which regions and trade groups struggle for supremacy to the detriment of the whole union. And we must avoid simply lumping in all the old practices and structures of all three unions.

In short, there cannot and must not simply be a larger version of COHSE, NUPE or NALGO; we need a new union.
Posted by Michael Walker at Friday, May 31, 2013