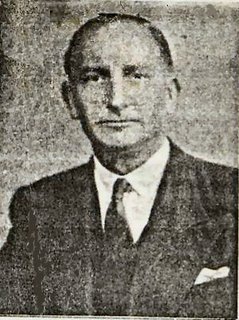 It is with deep regret that we have to announce the death of Mark Dubury, a former COHSE National Vice-President and Union Trustee.

Mark Dubury first joined the Poor Law Officers Union in November 1925 and became the first branch secretary of the Southern General Branch. For many years he held the position of either secretary or chairman of the branch.

PLOU later became the Hospitals and Welfare Services Union which in 1946 merged with the Mental Hospital and Institutional Workers Union to become the Confederation of Health Service Employees.

Mark was National President of the HWSU from 1944 until amalgamation in 1946. "he was the newly-formed COHSE's first national Vice-President.

Mark, a Justice of the Peace for many years, was one of the union's great pioneers who lived a life of service devoted to his fellow men. He became one of the union's trustees after his retirement from the Health Service, and maintained his keen interest in the activities and achievements of the union throughout his life.

His funeral was attended by many friends and relatives, including relatives who had traveled from and . COHSE's General Secretary Albert Spanswick and Finance Officer Bob Farthing attended on behalf of the union

and a floral tribute was sent by the National Executive Committee, officers and staff. Our deepest sympathies are extended to Mrs Dubury and family in their great loss.