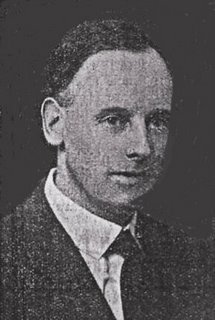 Clifford F Comer was born at Weston-Super-Mare, Somerset and began his career as a mental nurse at Wells hospital in 1918, where for many years he was branch secretary (from the mid 1920’s onwards) of the National Asylum workers Union & Mental Health & Institutional Workers Union. Cliff living at Terrace, Wells.

He was also a firm Labour Party member and was always active in his local Constituency, serving for many years on the county council as well as Labour Party Secretary.

He then had the distinction in 1932 of being appointed the unions first national organiser, based in the unions office in .

In 1938 he was transferred to as the Southern Organiser to replace Rev Stanley Morgan organiser 1921-1937and where a new office was opening and until amalgamation in 1946 he ran the office to cover the Southern region.

Cliff was elected assistant General secretary of the Confederation of Health service employees (COHSE) in 1947 and played a key role in smoothing the teething problems that inevitably resulted from merger and the formation of the new NHS.

In 1948 as “heir apparent” he was elected general secretary as successor to George Gibson.

It was Cliff’s vision and forward thinking that saw COHSE take a major steps towards becoming ’s specialist NHS union.

He was renowned for his clarity of vision, his sound tactical sense and his total commitment to the union and was according to some “far from the humourless bureaucrat of tradition”. Indeed it was aid he had an “impish” scene of humour and his twinkling smile enlivened any meeting”.

He retired unexpectedly in April 1953 for “personal reasons” but many believed because of his frustration at the lack of growth in membership and the splits on the National Executive Committee.

He attended every union conference from 1926 until 1978, which must be a record.

It must have given him great satisfaction to visit the unions headquarter at Glen house, Banstead, when it was opened in 1976.

A non smoker or drinker and strong Christian.

He died and his funeral took place at the Salvation Army Citadel, , where Cliff served for many years as a trombonist in the Army band.