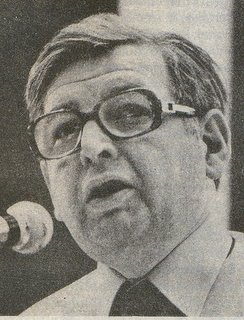 Colm Sean O’Kane was born in , N.Ireland in 1935 ?, and was educated (alongside John Hume of the SDLP) at St Columb's College.

He became a registered mental nurse at Purdysburn hospital, , and in the 1950’s moved to to undertake his training in mental handicap nursing at hospital, then he secured the post of Deputy Charge Nurse at Cotshill Hospital, Oxfordshire and then in 1960 to Aston Hall Hospital, Derby, rising to the post of Charge Nurse and becoming COHSE Branch Secretary.
In 1964 he was appointed COHSE Regional Secretary for No5: Region of COHSE, then national officer in 1974, where he played a key role in comiling COHSE's response to the Jay Committee into Care and Nursing of the Mentally handicapped.

Finally, becoming Deputy General Secretary of COHSE then UNISON in 1993 before before retiring in 1994, having palayed a key role in steering COHSE into the new union, UNISON.

Hector MacKenzie COHSE General Secretary recalled one of Colm’s interventions during the merger with Nalgo and NUPE accordingly,
Colm, digging in against Nalgo and Nupe, was asked by Dave Prentis (now Unison general secretary) to give the intellectual argument behind Cohse's position.

"You want the intellectual argument?" retorted Colm. "I will give you the intellectual argument. It is this: we are not bloody well having it. Full stop! Is that intellectual enough for you?".
Colm became UNISON Deputy General Secretary in 1993
He was active in the Labour Party, having joined the Party in 1957, elected to the Labour Party NEC in 1987, and was a strong supporter of Neil Kinnock, Labour Party leader.
Diagnosed with motor neurone disease around 1990, he bore his illness with customary fortitude and a complete lack of bitterness. His close friend and COHSE General secretary Lord Hector MacKenzie paid tribute to Colm during a debate on Palliative care.
He died at St Raphael’s Hospice, Wallington on just short of his 70th birthday. Leaving a devoted wife Lila, three children and two grandchildren.
Posted by Michael Walker at Thursday, September 21, 2006