COHSE Campaigning in 1987 against the cuts 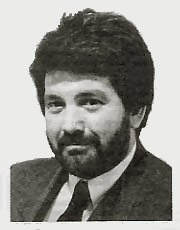 COHSE members are looking to turn 1987 into “No cuts year” with a large –scale centrally directed campaign to defend the Health & Social Services.

That was the message from Chris Hart of Maudsley Branch moving Resolution 55. He said: 'We are asking for a campaign run along similar lines to the political fund.

campaign. 'We want to use the media of all forms. We want videos, leaflets, meetings for members of the public and for health workers.'.

And he urged delegates: 'Take this resolution back to your members, take it to
every region and carry on the campaign.'

He was backed by Jean Winship of Bethlem Royal, who said: 'The public doesn’t'
know the true facts.' And she outlined the savage cuts in staffing, pay and conditions in the hospitals.

The resolution was accepted for the NEC by General Secretary David Williams, who urged: 'Don't vote for the resolution and then forget it. Vote for it and then do something about it.” And he went on: 'Here is a wonderful resolution that can unite us in action in campaign.'

COHSE had given full support to miners in their fight, and it had played an
active role in other workers battles, we have supported every working class struggle there is,' he said. Now COHSE had the opportunity to fight united against the cuts.

The resolution was CARRIED.

Conference also backed a call by Cllr Michael Walker of Hillingdon and District Branch, moving Resolution 56, to support London Health Emergency. LHE, he said, was a model of how to run a campaign. And he told delegates: 'COHSE has played an important role and we are proud of the work we have done.'

Bill Nimmo of and played tribute to LHE, whose fame, he said, had spread far beyond . 'This group of people have been prepared to highlight what Thatcherism is doing to the Health Service,' he said.

David Williams, for the NEC, promised that COHSE would continue to give its
support to LHE. The resolution was CARRIED.

NOTE:
While the COHSE no cuts campaign meet with mixed success, it undoubtedly increased the national profile of COHSE and possibly contributed to the confidence amongst the more advanced elements of the membership. Leading to the successful strike action by COHSE nurses in 1988. A dispute which rocked the Thatcher government and secured major pay rises for nurses.