Miss Maud Wiese was the first woman member of the National Asylum Workers Union (NAWU) Executive Council, she was adopted as NAWU candidate in the General Nursing Council elections held after the passing of the 1919 Nurses Registration Act. 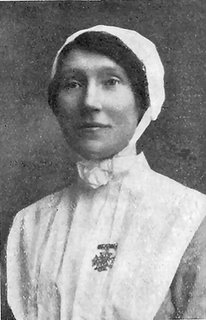 She was the first NAWU candidate elected to the GNC in 1922. She was incessant in pressing the interests of mental nurses on the General Nursing Council (now Nursing & Midwifery Council) during the early 1920s.

This earned her many enemies among the entrenched interests dominant in its decision-making structures, especially the College of Nursing.

She retired from the GNC in 1927 active campaigning during the late 1920s, after promotion to head nurse at in Woodford Green, . In August 1927 she was appointed Assistant Matron at .

In 1937 she stood again for the GNC again along with Iris Brook and Thora Silverthorne.