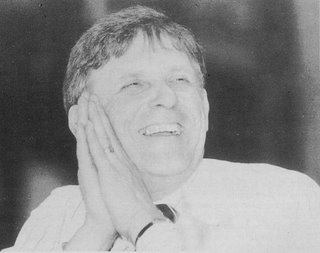 It is with great regret that COHSE announces the sudden death of Terry
Mallinson, National Officer who died on following a
heart attack. just two days after COHSE Conference.

negotiator for ancillary and ambulance staffs, was 49 years old and had been
National Officer since 1 969. In October he would have completed 21 years' service as a full-time officer.

Terry's death is a deep shock and a great loss both to the Confederation and
the whole trade union movement,' General Secretary David Williams said in
tribute. 'For those of us who knew him, his great love of life and tremendous
enthusiasm and energy for whatever task lay ahead, it is all the more tragic.

Terry was a trade unionist of the old school and a tough and skilled negotiator
who made the fight against low pay in the National Health Service his own personal crusade. As a passionate champion of the NHS and welfare state, he cared deeply for the most vulnerable in society and never lost touch with the people he was fighting for.'

As a member of the TUC Health Services Committee, he played an important part in last year's NHS pay dispute; he was a member of
Health Authority.

Terry was a trained psychiatric and general nurse and former nurse Gold
Medallist at Huddersfield Royal Infirmary before talking up his full-time post with the union as Regional Secretary for his native region in 1962. He was a COHSE member for nearly thirty years.

Deeply proud of his nurse training, Terry retained his interest and concern in the
development of psychiatric services throughout his union career, acting as
secretary to the COHSE working parties which produced the highly acclaimed
reports the Management of Violent Patients and on NHS Secure Treatment

Units. At the time of his death he was secretary to the COHSE working party on
the Future of Psychiatric Services.

He was also immensely proud of his upbringing where, as a member
of a mining family, he started his working life down in the pits as an electrician.

A devoted family man, he leaves behind him his wife Dorothy and sons Nicolas and Jerome. It is to them that Terry's many friends and colleagues in COHSE extend their deepest sympathy and thoughts.