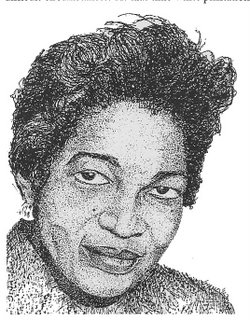 
This organisation for nurses was probably the first “black section” of any trade union.

Established in the late 1950’s this organisation was not a trade union but a “social welfare” organisation promoted by Claudia Jones at the West Indian Gazette. Which had been “very helpful”

The organisation had played a key role in recruiting “coloured nurses” in hospitals.