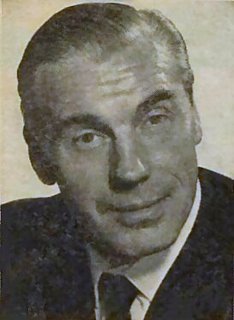 Bob Vickerstaff's death on 2nd June 1976— just three weeks before the start of COHSE's 1976 Delegate Conference, Brighton — was a tragic blow to the union and a shock to us all.
For many. Bob's name had become synonymous with COHSE Conferences —
he had chaired five since his election as National President at the 1965 Aberdeen Conference, and had been a regular attender at pre-1965 conferences, both as an NEC member and as an ordinary branch delegate.

He was born in Spennymoor, , the sixth of eight children and brought up locally, moving with his family to the at the age of eleven.

Three years later, the year of the General Strike, he followed his father down the pit and was an active member of the miners union. Twice in the next eight years he organised stoppages in protest at the low pay and working conditions.

But, by 1934, he had had enough and decided to train as a student nurse, qualifying as a Registered Mental Nurse in 1938. The war years were spent With the Royal Air Force medical service in and the . Returning to the new National Health Service for which he had campaigned, he became a charge nurse, and at the time of his death had been Re-habilitation Officer at St Nicholas Hospital in Gosforth, for many years. At St Nicholas, he organised and maintained a thriving industrial therapy and rehabilitation centre for psychiatric patients.

Bob's connections with COHSE date back many years — to the year he first joined the Service (1934) when he joined the MHIWU (the Mental Health and Institutional Workers Union, which in 1946 merged with the Hospitals and. Welfare Services Union (HWSU) to form COHSE). He became a COHSE branch secretary shortly after Amalgamation.

Active in. the Northern Regional Council of the union. Bob was first elected to the National Executive Committee in 1958. He was chairman of the influential Finance and Organisation Committee, serving brilliantly in that capacity until, following the retirement of Ron Farmer, he was elected National President by a clear majority on the first ballot at the 1965 Aberdeen Conference.

He was constantly re-elected at successive COHSE Conferences and at the time of his death he was serving his final term of office, having been re-elected at the 1975 Blackpool Conference where he gained a record 75.1 per cent of the total votes cast. He was due to retire in two years' time. Bob was a member of the National Staff Committee for Nurses and Midwives, of the Nurses and Midwives Whitley Council and an Industrial Tribunal member. Throughout his Presidency Bob worked ardently with his NEC colleagues, the offices and the branches to ensure the development of the union. His Presidency saw not only a threefold increase in membership (from 64,000 to a current 185,000), but also an expansion in the membership base— from the psychiatric field to the entire National Health Service, one of his personal ambitions.

He was a staunch campaigner for increased officer staffing levels in the regions
— last year saw the completion of the first phase of COHSE's expansion progamme in terms of full-time officers in the field. He was a firm believer in the 'COHSE as the one union for all Health Service staffs' concept, and lived to see the union achieve the influence and stature commensurate to its size and membership. More generally, he was a persistent advocate of increased trade union education facilities, believing that this was the key to all progress in the movement.

In recent months, he was concerned most that the union should be fully involved in discussions about any cuts in the Health and Social Services, and was not prepared to be diverted over less important issues such as isolated industrial action over pay-beds.

Bob Vickerstaff's life was marked by a dedication to the union, and he once turned down a very good career opportunity to remain President. Even though he was in great pain during the last days of his life, his concern for the welfare of COHSE and its members never wavered. Although a lay officer, he played a considerable part in the union. He was a tough and determined man, a no-nonsense chairman, but most of all, a kind, sincere man and a leader of great stature.

The new President, Eric Wilson's tribute to Bob in his Presidential Address to this year's Conference admirably sums up Bob's devotion to COHSE and stature in the history of the union: 'He served this union well — what better epitaph can a man have?'

Our deepest sympathies go out to his wife Gloria and daughter Ann in this trying time and in their, and our, great loss.