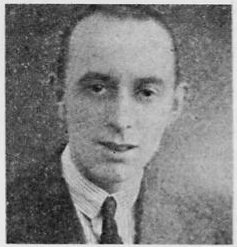 ‘G.V.E’ as he was generally known, was born 1889 in , Middlesex, the second son of Mr J Evans and Mrs Evans of Chase Farm Schools, .

He had convened the meeting of Holbourn, which finally propelled the Poor Law Workers Trade Union into the existence (out of the National Poor Law Officers Association)

He steered the union through various spurts in membership growth and a number of name changes National Union of Councty Officers (NUCO) and Hospital & Welfare Services Union (HWSU).

Evans was a deeply religious man and a well known accomplished organist (notably at TUC Congress) and composer.

On amalgamation into COHSE (the other union being the Mental Health & Institutional Workers Union) Vincent Evans accepted the post of head of Finance but died within a year of amalgamation in late 1946, his death hastened, it was suggested by the work he had put into creating COHSE.