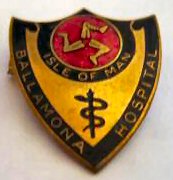 The Confederation of Health service (COHSE) branch on the was established in April 1956. It’s first COHSE Branch Secretary being Mr B. M. Wadsley.

The initial membership was primarily at Ballamona Hospital must soon spread to Noble hospital after an organising campaign by Miss Kath Daly but seems to have run into opposition to the recruitment of nurses from the Matron.

Bill Cubbon of Ballymena, retired in 1975 after twenty five years work and after sixteen years as the Chair of the Isle of Man COHSE branch

NOTE
NUPE did not recruit on the Isle of Man