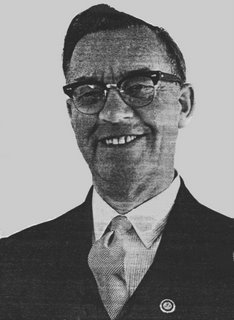 Arthur Richard Akers or “Dick “ as he was commonly known was born in 1904 in .

He was employed as a boy clerk in the telegraph office at Barking station (he first joined a union in 1919) but became a steward on transatlantic liners. He later became a valet to a rich family in .

After being refused a work permit for the States he returned in 1930, later taking up “temporary” employment at , Ilford, , where he later qualified as a mental nurse RMPA (Gold badge). Joining the MH&IWU in 1932.

While at Goodmayes he was schooled in trade unionism by Joe Soley the Mental Hospital & institutional workers Union Branch secretary. (The Goodmayes branch of the National Asylum Workers Union was established in 1913 and recognition followed in 1919)

He became branch secretary at Goodmayes hospital in 1944 and was appointed COHSE Regional Secretary in 1947.

He was active in organising the famous Trafalgar square (and Hyde Park) 1,000 strong student nurse demonstration of He was later alsoinvolved in the 1962 nurses pay campaign including a rally in Trafalgar Square and mass meetings at Caxton and Albert hall.

he was appointed a COHSE national Officer and in 1962 was elected by a large majority and on a 58% turnout Assistant General secretary.

He was credited in 1964 of securing the passage of a resolution calling for the “nationalization” of the Ambulance service at TUC congress. NUPE and other being opposed because it was under Local authority control.

In 1966 he was elected General secretary on the retirement of Jack Jepson, once again beating frank Lynch in the process. Taking up post on

He lived in Carlshalton, and had a wife, Hilda and two sons and one daughter. His daughter sue, being a nurse and COHSE member.

“his cheerful disposition and sharp cockney wit are allied to a sound common sense, which makes him a shrewd Whitley negotiator and entertaining platform speaker” according to the COHSE Journal of January 1962.