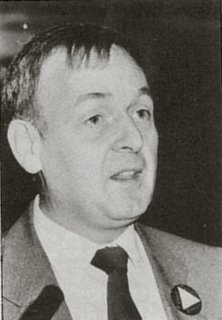 A Liberal Councillor in Hungerford (later he defected to Labour).

He was a National Executive Committee Member for Region 6 and would wear his pink triangle "Gay Rights" badge with pride.

was a popular NEC member and his popularity helped COHSE in securing an early trade union commitment to Lesbian & Gay rights. However he had earlier been slow handclapped for supporting equality at COHSE Conference.

COHSE's eaarly committment to Lesbian & gay rights culminated in the union refusing to hold its conference on the and its opposition to Clause 28.

Roy was involved in the Battle Hospital Miners Support Group

Like so many of his friends he died young.