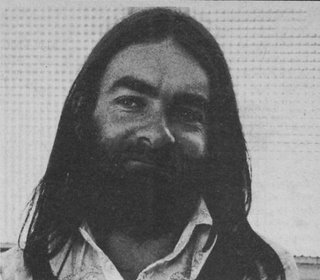 Bill Geddes' speech to NUPE Conference in Scarborough May 1979

‘I don't want to spend time convincing you that private practice is evil. I would hope that every delegate to this hall is opposed to privilege and all it stands for.

We have already made some progress on this issue. But the problem is that this process is taking so long that the private health service, the BUPA vultures, are being given more time to build up their facilities.

All over the country applications are in the pipeline for permission to build private hospitals and clinics. These establishments are going to draw their staff from the NHS. Look at , for example. At one end of the borough the Area Health Authority claims it cannot get enough trained staff to keep the Elizabeth Garrett Anderson hospital open.

At the other end of the borough the private is trying to extend its operation with one hundred new beds. They are not going to train new staff for this themselves. The only way that they can staff those beds is to leech off the NHS.

The private sector has its hand round the neck of the NHS..'

Skilled doctors and nurses will be lured away having had the cost of their training paid for by people who can't afford private practice for their bloody cats, never mind themselves.

These people have been trained at the expense of working people and they should not be allowed now to go away and make fantastic money for themselves.

This is a motion with teeth which will succeed if the union begins a campaign from today. It is saying that from January 1 next year, 1980, all NUPE members will refuse to provide any services to private patients, something we've' done in the past but haven't been very well organised in doing it. It gives us seven months to prepare, seven months for the Executive committee to educate the membership on what private practice is and the need to abolish it.

On that day every single rich bastard who comes into the hospital will only be treated on the basis of being a National Health Service patient and not because he's got a bit of extra money to pay the consultant.

The private sector has its hand round the neck of the National Health Service. I think it is our duty in this conference to cut that hand off.