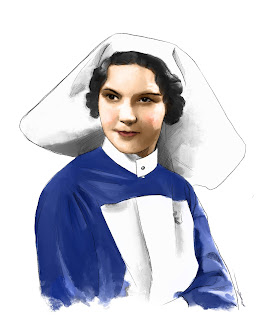 Iris Brook (Iris Beynon) born Bedwellty, South Wales 21st January 1903 was a Registered Nurse and Midwife (trained at Barts, where she meet Charles Brook) wife of Dr Charles Brook, (A GP from South East London) London County Council Labour Councillor and founder member of the Socialist Health Association activists Appointed temporary organiser for the National Union of County Officers (NUCO), Guild of Nurses in 1936, (later deputy to Beatrice Drapper) and as such led with Beatrice the first campaign for improved conditions for primarily general nurses 1937. The Royal college of Nursing opposing improvements on the grounds that they would bring the wrong kind of girls into nursing was involved in the first nurses
demonstration in Fleet street when "Uniformed nurses carrying sandwich boards and wearing black masks first descended on an astonished London" active in the Socialist Medical Association herself, involved in the Aid to Spain Movement, her husband was secretary Iris colleagues included Thora Silverthorne of the National Association of Nurses, who she stood with on a number of occasions for election to the General Nurses Council 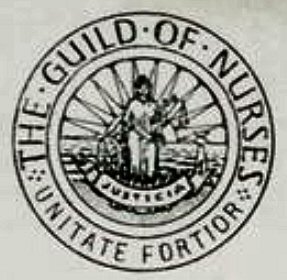