POLYCLINICS AND HEALTH CENTRES THE CORNERSTONE OF THE NHS 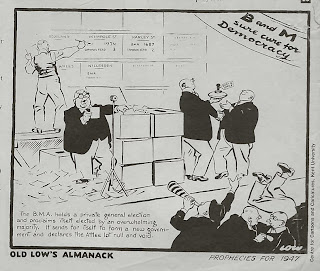 The recent Darzi report into London's healthcare recognised that access to health care in London was still difficult for disadvantaged groups and that their were far to many "single handed " General Practitioners.

Darzi suggested Polyclinics as a way forward, Professor Tomlinson in 1992 had called for the establishment of 100 community hospitals in the the capital.

These proposals have meet with fierce opposition from the BMA, sections of GPs, The Conservative party and bizarrely the Socialist Workers Party.

The Left and in particular the Socialist Health Association (Socialist Medical Association) has ALWAYS supported the rapid expansion of Polyclinics, Health Centres and Community Hospitals, believing they should be the corner stone of any primary care health service. (The left championed the Peckham Pioneer (Health) Centre or "Peckham Experiment" which took place between 1926 and 1950)

Such services would offer health professionals an opportunity to provide an holistic approach (Henry Sigerist) to health care and not one dictated by just one profession (ie medical model).

It should also be pointed out that General Practitioners never joined the National Health Service in 1948, they are in effect small businesses, which are bought and sold. Indeed 80% of GP practice staff are paid by GP employers less than the NHS rates. The BMA has fiercely opposed "salaried" (ie NHS GP's) and scuppered any attempt to integrate GP's into the NHS, defending even now their right to be self employed, while opposing private companies. Nobody, should support multinationals running Polyclinics, but to blindly oppose them because of vested interest is totally ridiculous Below is a section from the 1955 Communist Party statement on Health 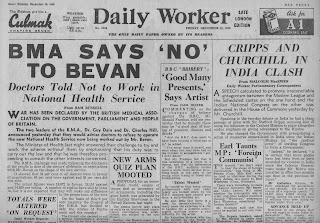 The Government White Paper of 1944 proposed that domiciliary medical services should be based on teams of doctors and ancillary staff housed in health centres. The plan to build health, centres was one of the first casualties of the re-armament programme. Those that have been provided can be counted on the fingers of one hand, and they are not being used in a way that fundamentally alters the quality of family doctor service.

The doctors in health centres continue to work as individuals and not as a team, and their method of payment by capitation fee encourages competition rather than co-operation. This method of payment, which came in with the Panel Service of 1911 means that the doctor is paid a fixed annual sum (about £1) for each patient out of which he has to provide suitable premises and proper equipment.

It has been estimated (Stephen : "Good General Practice") that two million people; mostly in industrial areas, are at present getting "seriously inefficient " attention by their doctors—who constitute, 5% of general practitioners. Many doctors' have practices of more than 3,000patients to whom they cannot give an adequate service, but there are already signs that the Government and leadership of the medical profession are trying to restrict the number of new doctors. Practices of 2,000 are as big as can properly be looked after and for this more doctors, not less, are needed.

Many doctors are, however, grouping themselves into teams in order to try to give a better service to their patients. This endeavour is being seized upon by the Government and the Labour leaders ("Challenge to ") to weaken the popular demand for the building of health centres by posing group practice as an alternative.

Whilst recognising the positive aspects of a development amongst doctors which is teaching them to work in co-operation and at the same time trying to improve their service to the people—factors which can assist the Labour Movement in its aim of obtaining the best service from teams of doctors and ancillary workers in publicly controlled health centres it is necessary to point out the political dangers of advancing group practice as the alternative to Health Centres.

The fight for Health Centres as the core of a popular, unified National Health Service must go forward.

"Health Centres will be a means of bringing all branches of the service into close relationship—of linking preventive and welfare services (including health education) of the local health authority with the continuous work of the family doctor and dentist and of the hospital and specialist services."

The Tories and Labour leaders' have .grabbed at the "cheap". alternative to the building of health centres. This move must be exposed.

The Report of the Committee on General Practice (June 1954) set up by the Ministry of Health seeks to provide additional ammunition for the campaign to discredit the idea of health centres by .stating that the advantages would be " more easily received through the evolution of group practices ..." This is but the expression of a whole number of excuses which are now being found 'in order to justify the failure of the Tory Government and Labour leaders to fulfil the promise held out to the people in 1946.

2. Amend the National Health Service Act to permit doctors to, work. in Health Centres on a salary, giving security to the doctors and eliminating financial competition between them. 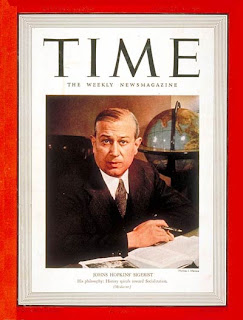 Henry E. Sigerist was born 7th April 1891 in Paris of Swiss parents. He received his M.D. from the University of Zurich in 1917 and he also studied at Kings College, London. After a period of medical service in the Swiss army, devoted himself to the study of the history of medicine. He taught at the Universities of Zurich and Leipzig and in 1931 came to Johns Hopkins as a visiting lecturer in history of medicine. In 1932, he succeeded William H. Welch as director of the Institute of the History of Medicine in 1933,

In 1939 he was front page of "Time" magazine and described as widely respected authority on compulsory health insurance and health policy.

Being politically, Left wing at the height of the "Cold War" he was systematically attacked as un american and by the America Medical Association, especially for his belief in a "socialised" health care system in America. Sigerist resigned from his position at Johns Hopkins in 1947 to devote himself to writing an eight-volume history of medicine, of which only one volume had been published before his death in 1957. He published and lectured extensively.

A major figure in the socialized medicine movement, Sigerist was also a pioneer in the study of the social history of medicine. Other research interests included medical geography, medieval medicine, health education, art and medicine, Boerhaave, Paracelsus, public health, and medical etymology