Nurse Ann Murray was born Aberdeenshire, Scotland in 1906, the daughter of a farmer. The family later moved to Perthshire.

(Ann Murray Left photo and Front Centre of photo above)

She trained as a nurse in Edinburgh Royal Infirmary and after qualifying became a sister in a Nursing Home.

Ann Murray was a "staunch Communist" and when her brother (Thomas) told her of the formation of the Spanish Medical Aid Committee's (SMAC) British Medical Unit and its objective of sending the unit to aid the fight against fascism in Spain, she immediately volunteered. 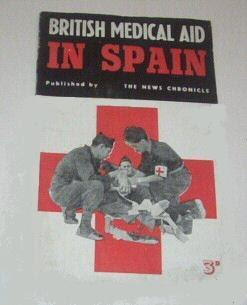 She joined the SMAC relief group of nurses and ambulance drivers sent to Spain in September 1936 arriving on the 29th September 1936.

Later the British Medical Unit became part of the 14th International Brigade, under the direction of its Medical Officer Dr Domanski Dubois, a courageous and flamboyant Pole, in January 1937.

Ann Murray worked on the International Brigades cave hospital and hospital train as part of a truly "international" medical team of seventy two, with Murray as theatre sister and Spanish surgeon Quemada. As the senior nurse Murray quite rightly placed much emphasise on training up young Spanish girls in the rudiments of nursing. 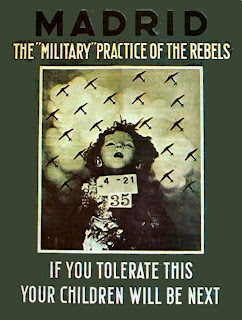 During the first attack (after her arrival) Ann Murray stated "I was on night duty and, because of this the war made a deep impression on my mind; for sick people are usually more ill at night, and our senses being more acute at night to the gruesomeness, the awful suffering of the men, especially those with abdominal wounds and hemorrhage for which one can do so little, became burnt on my mind. In those days many of the soldiers were under twenty years of age, and I shall never forget those young men with their bodies torn and their limbs smashed."........She wrote home soon after arrival stating she was "seeing war at its worst".

In an interview in late 1938 Ann Murray states "We stood on the observation platform of the hospital train talking of these twenty months of war. I glanced at the men on the stretcher-slung beds. I heard the noise of the guns breaking across the sunlit quiet of the olive fields. 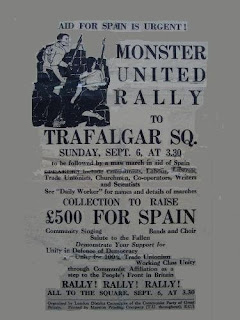 "Here the work is worthwhile,' Ann Murray said. 'When you see how the Spaniards fight on, seeing only the final victory, then you feel that you must go on too. Look at that man on the first bed. He has been operated on for an abdominal wound.

We have saved him. We kept him on the train and when he was fit to talk, what do you think he said, "Shall I live?" "Yes, of course," we told him. He smiled. "I'm not finished yet," he replied. "When I am better I shall go back till we have driven the fascists out. Tell the comrades to fight on.' 'And so,' Ann said, 'With such an example from the Spanish people the least we nurses can so is to fig 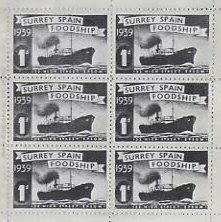 been long enough in Spain to have seen the changes that, in spite of the war, the Republican government has made ... 1 have seen soldiers and old grandmothers learning to react, and the little children cared for in beautiful schools. And although I have seen some of those same schools shattered by fascist bombs, still I say, "Life and work here in Republican Spain are worthwhile." 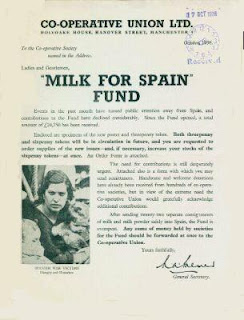 The SMAC sent out numerous political books for the British Medical Unit staff to read in between offensives. One of Ann Murray's favourite was Jack London's "Iron Heel" of which she said that it "brings out very clearly many of the dark facts and shows the methods by which many of our very successful business men reach the elevated positions in which they find themselves." According to , "it is a very true book and I am all for the whole truth".

Of Ann Murray's nursing service in Spain, Winifred Bates stated that she was "a real assett to Spain and the Revolutionary movement"

Interview with Ann Murray in the British Medical Unit August 1939 carried out by Winifred Bates SMAC's nurse liaison officer based in Barcelona. 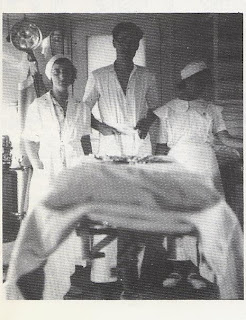 THE STORY OF ANN MURRAY.

ONE OF THE ENGLISH NURSES IN .

Ann Murray, who comes from and , has a long record in the fight against fascism; she has been nursing in for 20 months. Coming with the first group of English who worked on the front, she has also worked in an International base hospital near , in a convalescent hospital in for a few week in a big Spanish hospital in , and is now working on an ambulance train at the front.

The train is an excellent hospital, and its big staff of 72 Persons work happily together. There are three women, two of them Spanish nurses, and Ann Murray, who is the theatre sister to the Spanish surgeon, Dr. Quemada. There are three coaches fitted up as wards with stretchers slung in two tiers on either side, two operating-rooms and staff- rooms for the doctors and nurses, dining-rooms and kitchens. When I visited them during the attack they were working very hard, doing 24-hour stretches, so that the wounded were never kept waiting for attention longer than necessary.

As soon as Dr. Quemada had finished operating, men who could be moved were put on a fast-moving rail coach and taken to base towns, where they were removed to the hospitals by ambulances. They are a completely mobile unit, and can move up and down the front to wherever an attack might be in a very short time.

One day when there was little to do they watched an air battle not far off. It was good,” they said, “to see our planes go up and chase the fascists away.” I thought of the little dead children I had seen carried out of the ruins in . It is good,” I agreed.