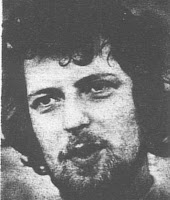 George Nazer was  undoubtedly one of the most highly effective, progressive and intellectual member's of COHSE's NEC, traits only overshadowed by his commitment to ensuring professionalism in mental health nursing.

A key supporter of the Berkshire Joint Trade Union Committee which Roy chaired.
A Liberal Councillor in Hungerford (later he joined the Labour Party because of the failure of the Liberals to oppose the Tories in the 80's).

He was a National Executive Committee Member for Region 6

Roy Oliver was openly "Gay"  speaking out for Gay rights at every opportunity , he wore his pink triangle "Gay Rights" badge with pride when it was not popular or safe to do so.


Roy was a popular NEC member and his popularity helped COHSE in securing an early trade union commitment to Lesbian and Gay rights. However he had earlier been slow hand clapped for supporting Gay rights at COHSE Conference.

COHSE's early commitment to Lesbian and gay rights culminated in the union refusing to hold its conference on the Isle of Man and its high profile opposition to Clause 28.

Roy was involved in the Battle Hospital Miners Support Group

Like so many of his friends he died young. 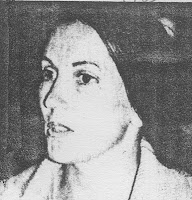 Jenny Koch was elected in a shock victory over the popular Roy Oliver in 1985. Jenny was branch Secretary of COHSE Wycombe branch and a community Midwife.  She qualified as a nurses at Suffolk General hospital in 1968. In 1975 moving to Wycombe. Active in a successful campaign to save community midwives in Wycombe

Jenny Koch along with Christine Wilde were active COHSE midwives on the NEC, and reflected COHSE's base (continued in UNISON) amongst radical midwives.

Both COHSE's and Unison's had great success in secure COHSE/Unison midwives were elected midwifery positions on the old UKCC Nursing Boards, despite not being the dominate union in midwifery


Dan Moriarty was one of the most popular and respected members of the National Executive Committee until his retirement last year (1972). He had represented No. 6 Region
since 1968 and was also a member of the Legal and Parliamentary Committee and
the Staff Superannuation Committee.

Dan, accompanied by his wife, was the guest of honour at the Annual General
Meeting of his former region on 16 April and was presented with a cheque and
framed life-membership certificate.

In making the presentation, Tom Hedditch.  Regional Chairman during Dan's
term of office, referred to his exceptional personal qualities saying: 'He was never
too busy to try to help not only his fellow trade unionists but his fellow men.' His
generosity  and  compassion  were  well known and demonstrated in his everyday
approach to life: although he had suffered the horrors of a Japanese prisoner of war
camp, he bore no resentment towards his former captors - his regard for his fellow
men was not limited by race or creed.

St Bernard's Hospital Branch, where he was branch secretary, owes a great deal to
Dan's organising abilities; it is now one of the largest branches in the country, and
Charlie Wood, who spoke as a member of the National Executive Committee, said
that Dan's point of view had always been respected  and  he  paid  tribute  to  his
diligence and devotion to duty.

Mrs Moriarty, who was presented with a bouquet of flowers, was described as
'The good woman behind the man'. There is no doubt that her support had contributed to her husband's success.

In reply Dan, who now lives in South Wales, said it had always been a pleasure
to carry out the various duties required of him, and referred to No. 6 Region as the
most vigilant and enthusiastic in the Confederation. He sincerely hoped that the
standards he had set over the years were acceptable.

As Regional Secretary, may I say that for No. 6 Region there is no doubt that
Dan Moriarty's standards were most acceptable - the point is whether we who
follow him can even attempt to follow in his footsteps. We wish him all the best for
a long and happy retirement.