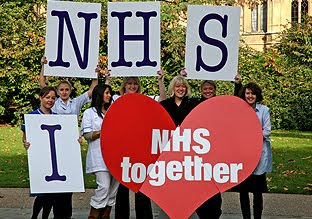 Even the Tories now foresee chaos in Lansley's NHS

The health secretary's reforms will not bring slow and stealthy change, but a radical explosion. Cameron must sack him

In a startlingly forthright article on Comment is free last week, the new Conservative MP Sarah Wollaston challenged the fundamental principles of the coalition government's National Health Service upheaval. As a GP, she knows the significance of what is happening. Wielding a deft scalpel, she has exposed what has only been a whispered understanding within the government. She put her rubber glove on the precise mechanism by which cosy-sounding GP commissioning leads to fierce commercial competition – and privatisation.

As private companies step in to run commissioning for GPs, she warns that they may "turn to private providers at the expense of NHS providers". Some GPs are eager to run the £80bn NHS budget and become the chief rationers but, she says, "most are not". And there are good legal reasons why not.

The government has sold this as a homely notion whereby your well-respected family doctor will commission the services you need – and who better to make those decisions? It seems to make sense that those who spend the money by referring their patients should control those budgets. But as Dr Wollaston sees so clearly, there is a cancer at the heart of the plan that denies them that right.

For the first time the entire NHS has been put under competition law. The financial and clinical safety of NHS foundation trusts used to be the responsibility of the regulator, Monitor. Now its website proclaims: "The first of Monitor's three core functions is to promote competition." That means "enforcing competition law" and "removing anti-competitive behaviour". Few yet understand the nuclear nature of this. It compels every NHS activity to be privately tendered. If the NHS is the preferred provider, that can be challenged in the courts or referred to the Competition Commission. Red-in-tooth-and-claw commercial competition breaks all partnerships.

Europhobic Tory MPs take note: this makes NHS contracts subject to EU competition law. The NHS was exempt as an essentially state-run service, but GP consortiums will no longer be allowed to use a trusted local hospital without tendering first, for fear that a private company could take them to court. Some global companies will happily run loss-leader services for a while, driving NHS services to close, and no doubt raising their own prices later.

This may not be a slow and stealthy change, but an immediate and radical explosion. As I reported last month, it's happening already. Take the huge new Great Western Commissioning Consortium, amalgamating Hounslow, Hillingdon and Ealing primary care trusts – now considerably more distant from patients. GPs there have hired the US company United Healthcare to run their "referral facilitation service", taking over next month. It will guide and arm-twist, if not quite order, local GPs' referral habits. It will even step in where one hospital consultant directly refers a patient to another specialist and the PCT picks up the bill. Wollaston predicts such commercial commissioners may break old NHS ties and bring in fellow private providers; now we shall watch it happen.

The British Medical Association is alarmed. In tomorrow's British Medical Journal Dr Laurence Buckman, who chairs the BMA's GP committee, says: "I am very disappointed that people are coming to financial arrangements with commercial organisations. If you give someone a toehold, they'll take a foothold. I hope this will not be repeated elsewhere" – but he thinks that it will be.

Dr Clare Gerada, who heads the Royal College of General Practitioners, has already voiced her concern, pointing out that only a quarter of GPs are enthusiastic about a system that supposedly puts them at the helm – hardly surprising if they face lawsuits for staying with trusted NHS hospital partners. Don't assume most doctors have yet got their heads around the full implications; most tend not to bother until something impedes their everyday practice – but then they will kick up a huge fuss.

Stirrings around David Cameron suggest that some are taking a closer look at Andrew Lansley's extraordinarily radical revolution. But this stealthy road to privatisation – never spoken of in public – meets the approval of senior Tories like Francis Maude and Oliver Letwin. What suddenly worries them is impending chaos along the route – financial, organisational, clinical and political. The NHS may fall over before Lansley's £3bn reorganisation is in place.

Dissect the Great Western Commissioning Consortium with its new United Healthcare partner. Three shaky PCTs join up, ordered to cut 50% of their staff. With no less a workload, everyone reapplies for half the jobs just as GPs need more help. Hounslow has tens of millions in historic debts. Hillingdon was bailed out by £19m last year, promising to stay in budget, but is already £6m overspent this year. After heroic efforts, Ealing balances its books, but is "incredibly fragile". Like the whole NHS, they must cut 4% a year every year for three years – which the Commons select committee warns was never achieved by any health service in the world: the NHS needs a 3% budget increase to stand still. With only half the managers, they will be even less able to guard outgoings day by day.

The district prided itself on shutting a whole hospital floor, by providing better community services. But with the freeze causing bone breaks, and now the flu, all 60 beds have been re-opened, at huge cost. The cuts mean GPs here, following other areas, will soon be banned from referring anyone for non-emergency surgery until April's new financial year.

That leads to three disasters: it only shunts trust debts to next year; it passes debts this year to hospitals whose surgeons twiddle their thumbs; and waiting lists soar. That's political poison since Labour all but abolished waiting lists for the first time ever. Meanwhile patient "choice" will be carried out on a stretcher. Cameron's personal pledge that the NHS budget was "protected" will be proved false – and privatisation will be unstoppable once the Pandora's box of competition law has been opened.

Labour has a good record on the NHS: the sneers that it spent too much will cut no ice with the public if the coalition causes a meltdown. Cameron has to face a government-shaking NHS crisis – or signal a sharp U-turn with the necessary sacking of Andrew Lansley.