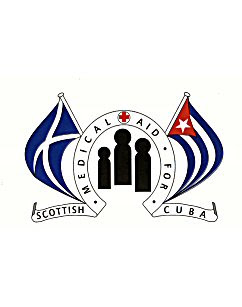 THE Scottish Medical Aid for Cuba Committee was set up in 1995 to help protect its medical services from the economic crisis affecting the island.

Since then this small charity has grown from strength to strength and now provides a permanent source of aid.

The charity is twinned with the Escambrey region of south-central . Before 1959 this mountainous area supported a dispersed rural population engaged primarily in coffee and subsistence fanning. Living standards were very low. After the revolution, road building and development projects formed small modem communities with schools and social amenities and a network of hospitals and clinics providing free medical care for all.

It is to this network that Scottish Medical Aid is twinned via the health authorities in the which administers to family doctors and clinics throughout the region. The charity sends two shipments of medicines a year that are directly requested by this authority.

The charity purchases its medicines from Echo International health Services, itself a charity dedicated to supporting developing countries that provide low-cost health care to their citizens.