For the first time in history the role of pickets was adopted by medical men at a meeting of Middlesex County Council Insurance Committee at Caxton Hall, on Christmas Eve. \the gather was attended by practioners willing to work the Act and the medical men had to run the gauntlet of members of the British Medical Association, who buttonholed every one and with all the zeal and persistence of a trade union picket, endeavored to dissuade them from attending the meeting. It was called for the purpose of a conference between members of the sub-committee and Middlesex doctors with regard to points left open for decision under the r3egulations and model forms issued by the Insurance Commissioners. After the Chairman had explained the object of the conference, the members of the committee withdrew, leaving the medical men to discuss between themselves the course they should adopt.

When they returned to the meeting, the committee were informed that the medical men had unanimously decided on the capitation method of remuneration.

A small committee of eight doctors was appointed, with whom the sub-committe might confer next week, in regard to other matters of detail under the Act.

In the course of an interview Mr. Glyn-Jones MP said that when he reached the hall he found about a dozen doctors mostly dressed in frock coats and silk hats in the vestibule of the hall.
"they asked if i was a medical man he said "and they urged me not to attend the meeting when it started they demanded to go inside. I told the leader they could go on the same terms as the other doctors- by signing the card”. They then said they had succeeded in keeping forty-five men outside. I asked them what right they had to keep forty-five men out and themselves demand to come in. Someone else suggested that according to their own circular they could not enter without losing their honour and professional unity. The pickets were very persistent and followed the doctors up the stairs. Mr Ben Smith, a member of the committee who is connected with the Cabdrivers Union was very merry at their expense. He himself was wearing a badge and remarking that it was illegal for them to do the work of pickets without wearing the badge of their union, offered to lend them his own. His chaff created much amusement 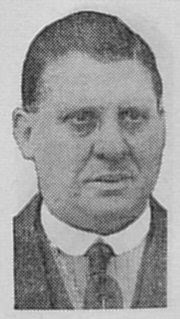 Lived in Acton had obviously been co-opted to this

Born 29th January 1878. A former taxi driver (previously horse drawn cabs). his boyhood was passed on the Warspite training ship and later served in the Navy and Mercantile Marine. He was later one of London's first taxi drivers

Ben Smith lived at 29 Birkbeck Avenue, Horn Lane, Acton. and was active in "many committees in Acton".