Sister: Alice Ingham - Killed In The Fall of Singapore 70 Years Ago 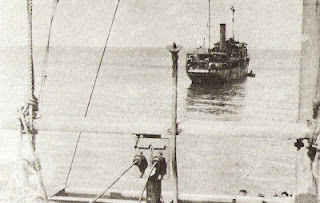 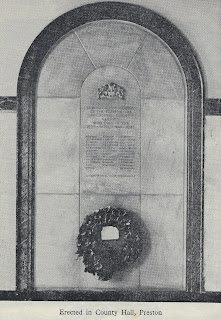 Nursing Sister: Alice Ann Ingham SRN, SCM was the daughter Thomas and Annie Ingham, of Outwood, Lancashire. Killed 14th February 1942 during the fall of Singapore to the Japanese during World War Two.

It is believed that Alice trained at Park Hospital, and after qualifying worked at Bolton Royal Infirmary. Alice also undertook her Midwifery training and was probably employed as a community midwife by Lancashire County Council, (where it is believed she became a member of NALGO now UNISON). At the outbreak of WWII she joined the Territorial Army Nursing Service.
After joining the Territorial Army Nursing Service, she was posted to Singapore and was working from at least 1940 at Alexander Hospital in Singapore.
Two days before Singapore fell to the Japanese Imperial Army, Alice was instructed along with 100-200 other nurses to evacuate Singapore on the small vessel (capacity 50 passengers) SS Kuala.

The vessel also had on board a further 500 mainly women and children fleeing the Japanese advance and imminent capture of Singapore.
As the boat attempted to escape Singapore, it was mercilessly bombed and machine gunned (as it tried to camouflage itself a day later off Pom Pong Island in the Rhio Archipelago).
Many of women were killed as they tried to swim to shore, by Japanese fighters who flew regular sorties to strife the survivors, those wearing life jackets were particularly vulnerable.
As many as 100-150 were killed in this cruel event and then further 200 (mainly women ,children and wounded) of the complement died when they were "rescued" from Pom Pong island. A few days later the survivors boarded the even smaller "SS Tanjong Pinang" which was sunk by the Japanese on its way to Sumatra, only six survivors from the “Tanjong Pinang”.

Those that survived this ordeal also faced many years imprisonment in barbaric Japanese concentration camps and many more of the survivors of the S.S Kuala lost their lives.

Undoubtedly, Sister Ingham was a victim of Japanes estrafing of those survivors in the water and therefore she and many others killed were the victim of a War crime.

Sister Alice Ingham S.C.N. and S.C.M, aged 32 she was killed after the Japanese attack upon the SS Kuala 14th February 1942.

The record of those killed in this war time Japanese atrocity are not fully known, the confusion during the evacuation of Singapore and the Japanese indifference to the plight of the dead and survives do not allow us to complete a full list of those lost on the SS Kuala

Another nurse employed by Lancashire County Council who was killed in the Second World War and appears on the Roll of Honour for Lanacshire County Council employees, was Sister: Lillian Sarah Truman of the Territorial Army Nursing Service who died 10th October 1945 and is buried in Bologna War Cemetery .