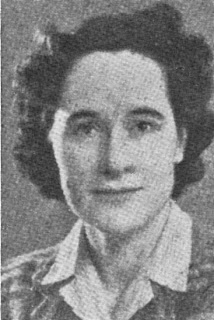 Muriel Coult was an active member of the Civil Service Clerical Association (the union is today, along with other merging partners, part of , the Public and Commercial Services Union. She was described in the official history of the union as being a "woman who had shown exceptional energy on the Youth Advisory Committee".

She won much praise and admiration for her pioneering trade union education courses during the war. "In spite of enemy action, transport difficulties and the complications caused by evacuation and other war time problems, she made a great success of organising weekend schools in many parts of the country. So much so that many other unions followed CSCA initiative."

Muriel was elected to the Union's National Executive Committee in 1937, a position she held until 1944, when she became a full time official, taking the title of `Assistant Secretary’. But, despite Muriel's energy and commitment, she became increasingly marginalised within the union because of her openly left-wing views and membership of the Communist Party, especially after right wingers captured the union in 1949.

However, this did not stop Muriel Coult playing the leading role in organising the union’s campaign for Equal Pay. The campaign was started on 11th February 1953with a debate on Equal Pay in the House of Lords, moved by Lord Pethick-Lawrence, who had played a part in the original suffragette movement.

This was followed up with a much-copied photo opportunity; on Valentine’s Day 1953, Muriel Coult and two other union representatives delivered a huge valentines card, with an Equal Pay slogan on it, to the Chancellor of the Exchequer, with the words “remember your promise of 16th May - Be true to US on budget day”!

Muriel Coult urged union members to collect signatures in homes, offices, special meetings, factory gates, shopping centres, and anywhere else. The aim was for a million signatures. In the event they collected 700,000 and this was presented on Equal Pay Day 9th March 1954 to the House of Commons by Douglas Houghton (a Labour MP) and Irene Ward (a Conservative MP). Outside, flags were flying bearing the old suffragette colours of purple and white, and there were purple and white buttonholes, purple and white stickers, and purple and white handbills - all bearing the slogan "Equal Pay on Budget Day".

It being Budget Day, the Chancellor posed with his red box for the famous photography. At the last minute, a group of union members produced from under their coats banners promoting equal pay, thus securing considerable press and television coverage.

Finally a Civil Service Equal Pay agreement was reached on 18th February 1955, 35 years after the House of Commons first approved the principle of Equal Pay in the sector. It was introduced in stages, which was meant it would not be fully operational until 1st January 1961.

Even so, Equal Pay disputes continued. Famously in 1959, a "Typists’ revolt" broke out, after it was discovered that the few male typists employed in service were earning 25% more than the women typists at the Treasury. Delays in addressing this grievance led, two days after the Augusts Bank holiday in 1959, to a thousand, manly young women, marching down Whitehall, singing and chanting as they went, gathering in a meeting in Horse Guards Avenue,

Muriel Coult, who became Muriel Jamieson by marriage, retired from the union in 1963 to become a teacher.

Muriel Coult surely deserves much better recognition today for her role in developing trade union education and even more importantly in securing the first real acceptance that Equal Pay in the Civil Service ought to be addressed, a fact which had repercussion's far beyond the Civil Service as the issue began to secure a foothold of attention in many, many other workplaces.

Source: the history of CPSA by Eric Wigham
Michael Walker