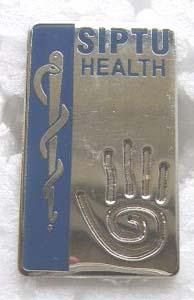 Members of SIPTU at the Bainistiocht Aras Gaoth Dobhair Teoranta nursing home in Gweeedore County Donegal are taking industrial action in pursuit of their claim for terms and conditions of employment comparable to similar grades in the Health Service Executive (HSE). The initial stoppage is for 24 hours on September 1 and the Union says it will do everything possible to avoid discomfort to patients if the action goes ahead.

Aras Gaoth Dobhair, a 41 bed community nursing home, was set up in 2004 on a partnership basis between the HSE, Udarás na Gaeltacht and a local community group. The Director of Service at the nursing home is a HSE employee, while two community care managers are nominated by the HSE to sit on the management committee of the nursing home.

“However, SIPTU members, who comprise the majority of the 47 employees and work in the administrative and maintenance areas, do not enjoy the same terms and conditions of employment as similar grades within the HSE”, Branch Organiser, Martin O’Rourke said today. He added that Union members have waited patiently for over three years to have their employment issues resolved.

“In July, the Labour Court recommended very marginal improvements which do not resolve the issues of concern to our members. The Court’s recommendations on pensions, sick pay and shift allowances were overwhelmingly rejected as completely inadequate and far short of what HSE employees enjoy,” he said.

“SIPTU issued notice of industrial action to the company on August 6, 2009 to allow it the best possible opportunity to resolve the dispute. Regretfully, we have yet to received any meaningful proposals which might resolve the outstanding issues.

“Many of the clients are vulnerable and elderly and for that reason we have decided to limit the initial action to one 24-hour period commencing at 8.00am on Tuesday, September 1 until 8.00am on Wednesday, September 2. ” he said. “If the strike goes ahead, every effort will be made to avert possible discomfort clients.”

He stressed that SIPTU remains available for talks, “But it is not fair, reasonable nor acceptable that all employees do not enjoy the same terms and conditions of employment as similar grades within the HSE who do exactly the same work. Frankly, our members deserve better than this.”

SIPTU/ITGWU has for many years a strong base amongst nurses in Donegal, starting with nurses at Letterkenny Mental Hospital thanks to the work of ITGWU pioneers such as Peadar O'Donnell (Irish speaker born at Meenmore, Dugloe, Co Donegal) appointed ITGWU organiser in 1918.

John Nugent was elected as ITGWU branch secretary in 1947 at Letterkenny Mental Hospital.

The ITGWU had members in Donegal from the beginnings of the union in 1909, while Peadar O'Donnell had increased membership, by 1920 Donegal had just four branches Donegal town, Letterkenny, Ballyshannon and Dugloe (?). It was not until the organisation of workers at a Woollen Mill at Convoy, the largest private employer in the county that membership took off.

The first branch Secretary of the Convoy branch was John Anthony McElhinney.